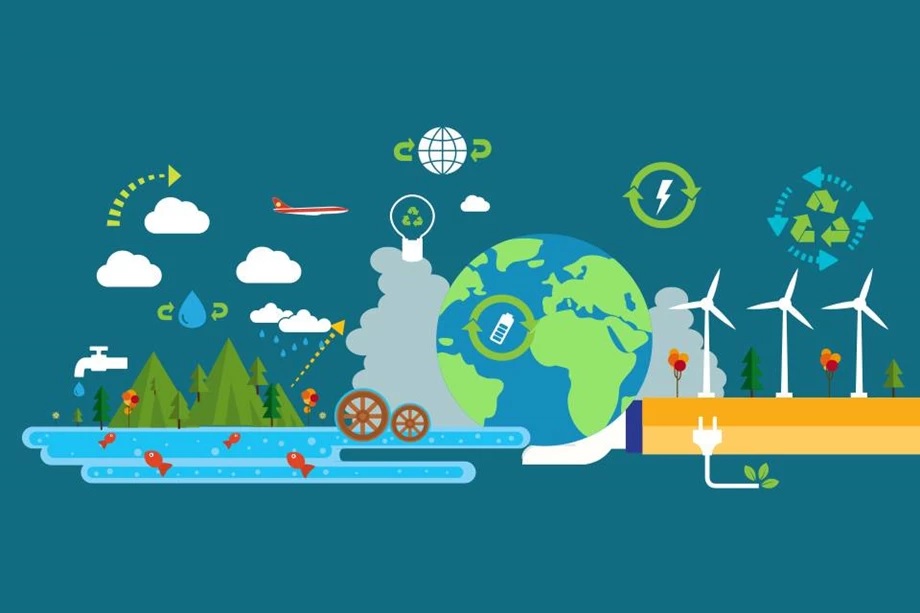 OSLO: Indigenous peoples from around the world on Wednesday urged Harvard University to abandon a project to test ways to dim sunlight as a fix for global warming, saying it posed huge risks to “Mother Earth”.

Swedish climate activist Greta Thunberg, scientists and environmentalists opposed to “solar geoengineering” praised the bid to halt research into an artificial global sunshade, announced at an online conference by the Saami Council representing reindeer herders in the Nordic nations and Russia.

Harvard researchers are studying the feasibility of releasing tiny particles high in the atmosphere, by planes or balloons, to reflect sunlight back into space. It would mimic how big volcanic eruptions like that of Mount Pinatubo in the Philippines in 1991 can temporarily cool the planet with a haze of dust.

“We do not approve legitimising development towards solar geoengineering technology, nor for it to be conducted in or above our lands, territories and skies, nor in any ecosystems anywhere,” noted a letter drafted by the Saami Council on behalf of indigenous groups, set to be sent to Harvard this week.

In March, pressure from the Saami people and environmental groups led Sweden’s space agency to call off a Harvard-led test of a high-altitude balloon that could pave the way to a later experiment to release a tiny amount of reflective material 20 km (12 miles) high in the atmosphere.

Åsa Larsson Blind, vice president of the Saami Council, said about 30 indigenous organisations from all over the world had signed the draft letter. Solar geoengineering “goes against the respect” with which the Saami are taught to treat nature and Mother Earth, she said.

The idea of researching geoengineering is gaining ground in some nations, under pressure from rising temperatures and intensifying heatwaves, droughts and rising seas. Planet-heating carbon emissions are rebounding this year after a fall in 2020 when the coronavirus pandemic hit economic activity.

NEED TO KNOW In March, the U.S. National Academies of Sciences, Engineering and Medicine called for a five-year research programme worth $100 million to $200 million to investigate solar geoengineering.

Frank Keutsch, a professor of engineering and atmospheric science at Harvard who leads the SCoPEx solar geoengineering initiative, expressed disappointment at the Saami Council’s move, noting the research had support among climate scientists and people from more climate-vulnerable countries.

“We deeply regret that the Saami Council chose not to hear from the experiment team and not to support a consultative process within Swedish civil society,” he told the Thomson Reuters Foundation.

Chris Field, chair of the committee that wrote the U.S. National Academies report, said a research programme “is the most powerful way to tell whether it’s a good idea or a bad idea to pursue further”. “If solar geoengineering is fundamentally unworkable, from a technical or a social perspective, knowing that will be immensely valuable,” he added.

“The best way to deal with climate change is to rapidly reduce emissions – and solar geoengineering, even if it worked spectacularly, wouldn’t address all the impacts of climate change,” said Field, director of the Stanford Woods Institute for the Environment.

A build-up of carbon dioxide in the atmosphere beneath an artificial sunshield would, for instance, do nothing to limit acidification of the oceans.

Field said the proposed spending on geoengineering research was a small fraction of the budget of the U.S. Global Change Research Program, worth $2.5 billion in 2019.

But Thunberg, 18, said solar geoengineering risked harm to the most vulnerable people in developing nations – such as by disrupting monsoon rains – and to future generations.

“Nature is doing everything it can; it’s screaming at us to back off, to stop – and we are doing the exact opposite,” she said. Scientists opposed to solar geoengineering said it could give fossil fuel companies an excuse to keep on producing coal, oil and natural gas, with the prospect that a technological fix was around the corner at some point.

“Rather than treating the root cause, it treats the symptom. It’s like taking pain-killers,” said Raymond Pierrehumbert, professor of physics at the University of Oxford.

“It would lead to a very perilous future.” Michael Mann, professor of atmospheric science and director of the Earth System Science Center at Penn State University, said the world would need to cause the artificial equivalent of a Pinatubo eruption every few years to shroud the Earth from the sun.

“It would likely dry out our continents, cause drought … It could cause some areas to warm even faster at the expense of other areas cooling,” he said. “It is a foolish gambit.”