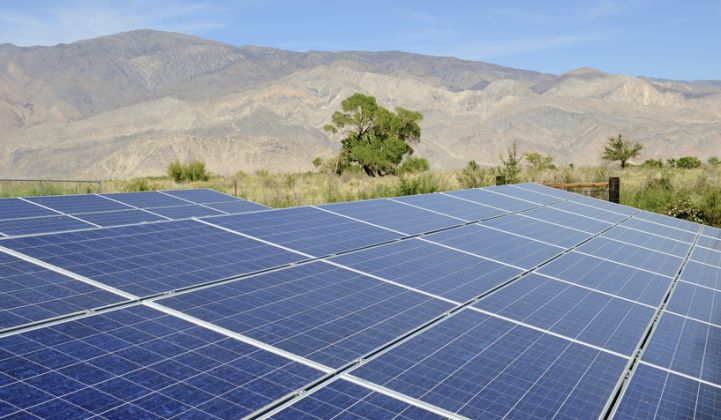 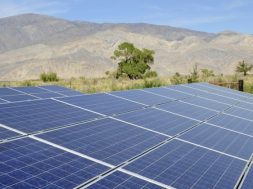 A new president looks to hand the market back to state-owned entities.

Mexico’s renewables sector is reeling from the cancellation of an upcoming clean energy auction and the likely handing of power back to state entities.

The auction was due to take place last December, but was placed under review after a new government, led by left-leaning Andrés Manuel López Obrador took office.

In a press conference Monday, López Obrador accused the previous government of scaremongering over blackouts to open up the energy market.

State entities such as the Federal Electricity Commission (Comisión Federal de Electricidad or CFE) and Petróleos Mexicanos had been “abandoned,” while private companies enjoyed high subsidies, he said.

The use of subsidies had led to “very high costs,” López Obrador claimed. “Now there is a new policy,” he said.

The new president cited Avangrid’s recruitment of Felipe Calderón, a former Mexican president, as evidence of corruption in the energy sector. Regarding energy supplies, he said: “There’s no problem. There’s electrical energy to spare.”

Manan Parikh, an analyst with Wood Mackenzie Power & Renewables, said pre-qualified bidders were planning to contest the decision last week to suspend the country’s fourth long-term energy auction. Observers had widely expected the auction to go ahead later this year.

Parikh said the cancellation had surprised investors, developers and even government officials. “Not just us, but even the people that were active in the market and qualified for these auctions were blindsided by this development,” he said.

“There were no warning signs that this was going to take place,” Parikh added. “As far as why this happened, people are still searching for answers.”

Handing control back to the state-owned utility

In his press appearance, López Obrador made it clear he is keen to hand market control back to the CFE, a state-owned utility, which has been facing competition from independent power producers under moves to liberalize energy markets.

Previous to the announcement, the government had not been shy about putting power back into the hands of entities such as Petróleos Mexicanos, the state-owned oil company, Parikh observed.

However, doing away with clean energy auctions altogether would be “an indefensible decision,” said Brian Gaylord, senior analyst for Latin America and Southern Europe at Wood Mackenzie.

“It is impossible to imagine a reasonable explanation if they do in fact abandon this auction system,” he said.

The last auction round, in 2017, managed to achieve wind and solar prices that were among the lowest in the world, Gaylord noted. It is “very difficult to imagine an alternative that doesn’t result in higher electricity prices for Mexicans.”

The Mexican business wire Expansión said the country’s energy secretariat, Sener, had ignored calls from the business community to maintain the auction system.

Mexico’s Business Coordination Council (Consejo Coordinador Empresarial or CCE in Spanish) had estimated the auctions could create 200,000 jobs and bring in almost $58 billion dollars over the next 15 years, as well as boosting generation capacity 235 percent, Expansión wrote.

Despite the backlash, the tone of López Obrador’s press appearance on Monday appeared to indicate that the government would be unlikely to change course and reinstate auctions in the future.

Parikh said some developers and investors already feared there could be further attempts to dismantle the energy reform that had helped improve transparency and bring low-cost generation into the Mexican power market, which is growing at 3.7 percent a year.

The reform is written into the Mexican constitution, so it cannot be eliminated at the wave of the hand. But López Obrador could certainly tamper with details such as the market for clean energy certificates, which form a key income stream for today’s renewable projects.

Even if this doesn’t happen, the shock created by the auction cancellation is likely to have spooked investors that were previously bullish on Mexican renewables. “The mood can sour very quickly in a developing market,” said Parikh.

“Just as quickly as it matured, it could go bust,” he said. “Is this the end of Mexico’s energy revolution?”