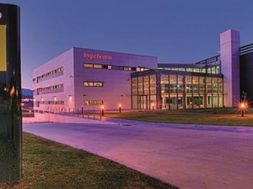 Ingeteam has supplied 2 GW of power for solar PV plants throughout the world during the first half of 2019. This means that the company’s technology will be capable of supplying renewable energy to more than 400,000 homes once commissioned. In total, the Spanish company has reached a cumulative power of 14.5 GW throughout the world, which could satisfy the energy demand of about 3 million homes. In 2019, the key markets in which the company has grown its solar business are the Middle East region, Australia, Mexico, Spain, Chile and France.

Ingeteam closed 2018 with a new record of 3.85 GW supplied, for solar PV installations worldwide. So far this year, Ingeteam has already exceeded half this figure and the company is expected to pass the barrier of 4 GW in 2019.

The Ingeteam Group is one of the world’s leading suppliers of technological solutions for PV plants, control, monitoring and automation systems as well as energy storage systems. In this regard, this year Ingeteam has been entrusted with the supply, commissioning and provision of services for the largest solar PV project in Europe, now being built in the region of Murcia, Spain. The company was awarded the contract for the Mula project, which will achieve an installed power capacity of 500 MWp, to become the largest plant in Spain and Europe.

It is estimated that, by the end of 2019, the plant could be operating through the connection point at the El Palmar substation, a strategic hub for the power transmission grid in the region of Murcia.

Energy storage is a key sector for Ingeteam, where the company is positioning itself for the considerable development expected in the short and medium term for systems of this type, both at a residential level and also on a large scale. In fact, Ingeteam is marketing its battery converters for both segments and, in 2018, the company supplied this equipment primarily for hybrid systems that combine PV generation with energy storage. Sales in this sector were principally made to countries such as the United States, Spain, the United Kingdom, Australia, the United Arab Emirates, India, Poland and the French overseas departments.

Global leader in the provision of Operation & Maintenance Services

Furthermore, the company has achieved a new annual record for maintained power, exceeding 15 GW of renewable power across the globe, of which 6.1 GW correspond to solar power in more than 550 PV plants. This means that, at present, Ingeteam’s operation and maintenance division is strengthening its position as a global leader in the provision of O&M services at energy generation plants.

Ingeteam is an international group specializing in power and control electronics (inverters, frequency converters, controllers and protections) and electrical engineering and automation projects. Its range of products includes Indar generators, electric motors, and submersible motors & pumps. The Group completes its products and systems portfolio with operation & maintenance services. Ingeteam develops its products, systems and services for many different sectors: wind, PV, hydro and fossil fuel power generation; metal and mineral processing; mining; marine; rail traction; waters; e-vehicle charging; power grid, always striving towards more sustainable energy generation, transmission, distribution and consumption. The company operates throughout the world, and is permanently based in 22 countries, with a headcount of 3,900. R&D is the backbone of its business activity, in which 5% of the its turnover is invested annually.