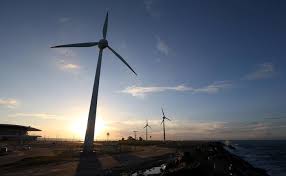 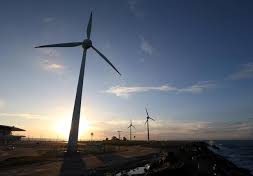 ESSEN, Germany: Energy firm Innogy, in the process of being broken up by parent RWE and rival E.ON, could team up with oil majors to build offshore wind farms in the booming U.S. market, one of its board members said.

Projects off the U.S. coast have become a major target for utilities in Europe, by far the world’s largest offshore market in terms of installed capacity, with several large players forming partnerships with Shell.

“Big oil firms are muscling into the market for renewable energy – because their previous business model is finite,” Hans Buenting, Innogy’s chief operating officer in charge of renewables, told Reuters.

He said Innogy was still weighing whether to participate in a wind lease auction in the New York Bight expected to take place in early 2020, adding the company was unlikely to go it alone.

“We would definitely seek partners to realize big offshore wind farms,” Buenting said. “North America is a huge market with a major appetite for energy.”

He said he was optimistic the group would meet its target of installing more than 500 megawatt of onshore wind power in the United States by the end of next year.

Through Innogy’s breakup, which is part of an elaborate asset swap, parent RWE will end up owning the renewable activities of its subsidiary as well as of E.ON, turning it into Europe’s third-largest green energy group and the world’s No.5.

RWE in April said it wanted to spend several billions of euros to expand in the U.S. renewable sector in the next few years, where it will inherit a 3 gigawatt (GW) portfolio from its two German peers and seek to expand that to 8 GW.

“The oil companies may have a lot of experience with platforms out at sea. But — apart from Equinor — they have not built offshore wind farms. That’s where we come in,” Buenting said.

Innogy in February said it had teamed up with Shell and Stiesdal Offshore Technologies A/S to test floating offshore wind turbines off the Norwegian coast in 2020.

Buenting said the technology is key because in many potential offshore markets, including Japan and California, the seabed drops steeply very fast.