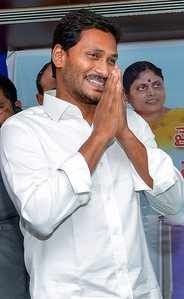 Jagan to meet Modi to seek clarity on some contentious decisions 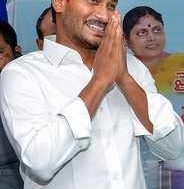 Jagan to meet Modi to seek clarity on some contentious decisions

The Centre has strongly opposed the state’s move to re-negotiate the Power Purchase Agreements, entered into with solar and wind energy generators, but the Jagan government had gone ahead with it.

The Chief Minister will also meet Union Home Minister Amit Shah ahead of the meeting with the Prime Minister.

This will be Jagan’s second meeting with the two top Central leaders after he became the Chief Minister.

Jagan, who returned to Amaravati on Monday from a four-day pilgrimage to Jerusalem, will be flying to New Delhi by a special aircraft for a two-day trip.

He is also scheduled to call on President Ram Nath Kovind and Vice-President M Venkaiah Naidu on August 7, according to the itinerary released by his office.

The Chief Minister will meet several Union Ministers as well during the trip.

The Centre has strongly opposed the state’s move to re-negotiate the Power Purchase Agreements, entered into with solar and wind energy generators, but the Jagan government had gone ahead with it.

The matter is now before the Andhra Pradesh High Court.

Another point of friction between the state and the Centre is the formers decision to revoke the Polavaram project contract and invite fresh bids.

Union Jal Shakti Minister Shekawat expressed serious displeasure over the state’s decision and said it would derail the project’s progress.

Polavaram is a national project under the AP Reorganisation Act, 2014, but the state has been executing it.

The Centre has to approve any change related to the project and hence the Chief Minister is expected to take this up with the Union Minister, sources in the CMO here said.

“There could be some misgivings over certain decisions, but the governments main intention is to rectify the financial irregularities in the projects.

The Chief Minister will explain this to the Centre,” the sources added.

Apart from this, the Chief Minister is expected to seek enhanced Central assistance for the state to tide over the prevailing financial crisis.

The government is seeking to dovetail a lot of schemes, promised under the YSR Congress Navaratnalu programme, with the existing central sector schemes and Centrally-sponsored Schemes to lessen the financial burden on the state.

The state has prepared a list of schemes that could be dovetailed with the Central schemes to utilize accruing grants proportionately, sources said.