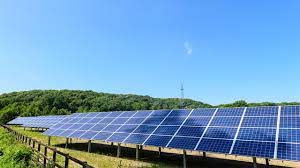 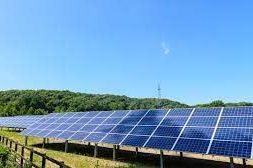 The government plans to introduce fluctuating prices for electricity generated by renewable energy and promote the use of such power to accelerate decarbonization, in a comprehensive policy package it will formulate, The Yomiuri Shimbun has learned.

To stimulate market transactions, the government intends to start charging fluctuating prices for some electricity generated by renewable energy sources in fiscal 2022, according to the envisaged policies named “renewable energy economy creation plan.”

Currently, it purchases electricity from renewables at a fixed price.

The government aims to foster a stable supply of electricity from renewables, such as solar and wind power, while gradually suspending and abolishing inefficient coal-fired power plants. An expert panel will start discussions on the matter this month and draw up a concrete plan by the end of the current fiscal year.

One of the pillars of the policies will be to float prices of electricity generated by renewable sources. Currently, such electricity is traded at a fixed price. Under the new plan, the government will make the price of some electricity, such as that created by solar power, fluctuate in accordance with market prices.

After the 2011 Great East Japan Earthquake, the government created a system to purchase electricity generated by solar and wind power at relatively high prices to support the introduction of renewable energies. Most of the costs for purchasing such electricity are added as a surcharge to electricity bills paid by households and companies.

By bringing the prices more in line with supply and demand, the government hopes to reduce the burden on companies and households and promote the use of renewable energy.

The government regards offshore wind power generation, which is expected to expand in the future, as “a trump card for [establishing] a mainstay of power generation” and will support the construction of additional power plants.

Building a wind turbine is said to require 10,000 to 20,000 parts. The government will strengthen its support for training domestic manufacturers in the relevant fields. It also plans to develop and reduce the cost of large storage batteries, which are needed to adjust the flow of electricity.