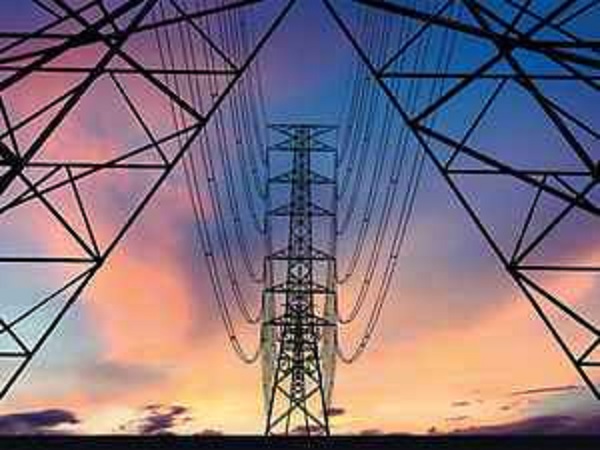 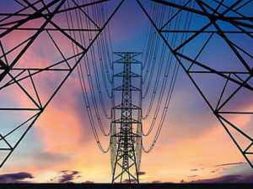 The ambassador’s missive to Jaganmohan Reddy comes on the heels of similar letters from power minister RK Singh.

India’s renewable energy sector has seen a flood of foreign investments with companies from France, South Africa and Europe participating in tenders. Industry executives said Andhra Pradesh’s actions could have severe implications because many renewable energy companies are funded by overseas sovereign and pension funds.

“Many foreign investors, including Japanese companies, are now watching closely the situation unfolding in your state regarding the renewable energy sector,” Japanese ambassador to India Kenji Hiramatsu told chief minister YS Jaganmohan Reddy in a letter. The missive has been seen by ET.

Two of the biggest renewable energy developers in India have sizeable Japanese investments. While SB Energy is backed by Soft-Bank (along with Taiwan’s Foxconn and Bharti AirtelNSE -5.25 %), one of the largest investors in ReNew Power is the Japanese energy company JERA. SB Energy is committed to commissioning 20 GW of projects in India.

The Japanese embassy confirmed the country’s concerns over the developments in Andhra Pradesh. 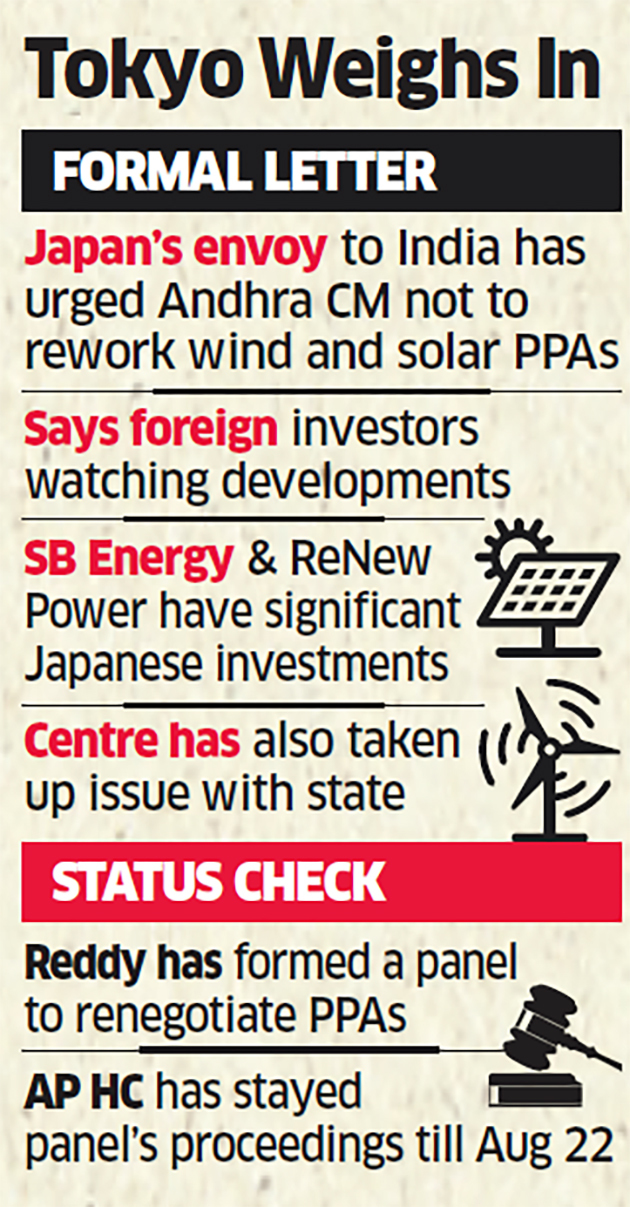 ‘Will Damage Business Environment’
“Our concern as Japanese government is that if legally binding contracts are not honoured, it would cause significant impairment to the business environment of AP state,” Satoshi Takagi, second secretary in the embassy of Japan, said in an emailed response to ET’s query.

Soon after taking over as CM, Reddy had claimed that the previous Telugu Desam Party government had signed wind and solar power purchase agreements (at tariffs higher than other states, and alleged there were malpractices involved. He formed a committee to renegotiate all such PPAs, prompting project developers to move court.

The Japanese ambassador advised the chief minister to reconsider the matter.

“I shall be grateful if you have the matter re-examined in the context of honoring laws, and also in view of the fact that continued investment in renewable energy is extremely important for protecting the environment and economic growth of your country,” the letter said.

The ambassador’s missive to Jaganmohan Reddy comes on the heels of similar letters from power minister RK Singh and the secretary in the ministry of new & renewable energy, Anand Kumar.

Addressing a press conference last month, Reddy’s principal adviser Ajay Kallam had made a specific reference to SB Energy. Kallam had claimed that one of the projects won by SB Energy in an auction by Solar Energy Corporation of India was later cancelled by SECI due to allegations of cartelisation. SECI is the nodal agency of the renewable energy ministry, responsible for conducting wind and solar auctions. Kallam went on to note that SB Energy had won a contract in Andhra too.

At a diplomatic outreach programme held in Vijayawada last week, Jaganmohan Reddy had said that while the role of foreign investors was crucial, distribution companies were in a bad shape and their interests also had to be considered. A win-win situation would have to be found, he added.

APis one of the leaders in green energy with a commissioned capacity of 7,257 mw (of which solar power constitutes 3,279 mw, and wind power is 3,978 mw), according to renewable energy consultancy Bridge To India.