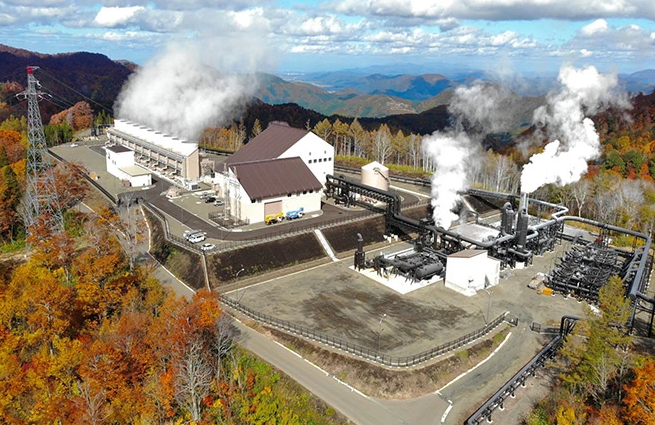 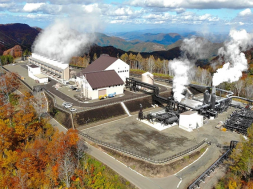 The central government is moving to clear away red tape for the energy sector to make Japan’s supply mix a lot greener.

It will significantly relax regulations to ramp up the amount of power generated from renewable energy sources, such as geothermal, wind and solar power, officials said.

The move is part of a wider push to achieve net zero emissions of greenhouse gases by 2050, a target set by Prime Minister Yoshihide Suga.

Among the deregulatory moves, the Environment Ministry is eyeing geothermal power installations at national and quasi-national parks.

Developing geothermal power at those sites is currently tightly restricted under the natural park law. But the ministry aims to make it much easier by introducing new permit criteria that clearly spells out the requirements for project approval.

The move will also allow operators to start generating geothermal power after eight years of preparations, rather than the more than 10 years it takes under the current setup, officials said.

Sixty-two geothermal power plants are currently operating in Japan, but the ministry aims to double that by 2030.

The Regulatory Reform Promotion Council, an advisory panel established by the Cabinet Office, compiled the regulatory overhaul measures on June

The council examined the existing regulations at the request of Taro Kono, the minister in charge of regulatory reform, given that meeting the government’s net zero emissions goal will require a big jump in renewable energy production across the country.

Under the new rules, wind power facilities generating 50,000 kilowatts will be subject to an environmental impact assessment. The move will lower the bar for smaller operators so they no longer have to worry about undergoing assessment. Currently, wind projects with a 10,000-kilowatt capacity must undergo that assessment.

That change in the rules is expected to ease the burden on relatively small wind power generators and usher more newcomers into the market.

To use former farmlands for solar power generation, operators are required to grow agricultural produce under solar panels.

Operators previously needed to secure a harvest of at least 80 percent of the level produced by normal farmlands. But now they no longer have to reach a numerical target and are only asked to use their farmlands appropriately.

The farm ministry will work on additional steps to make available more farmlands with little prospects of being used to grow crops for solar generation by requiring fewer terms for such projects.

It expects to set a new target for introducing green energy plants in fishing and farming communities after the government’s Basic Energy Plan is updated in the summer.

The economy ministry plans to launch a mechanism in November to make it easier for businesses to access electricity generated by renewable energy.

Under the mechanism, public entities will issue green energy certificates attesting that the electricity was produced by renewable sources.

The new energy trading market is intended to meet the needs of businesses keen to buy renewables as the push toward a decarbonized economy gains more momentum.

The ministry also plans to specify where those renewable energy is being generated to encourage purchasing locally produced power.