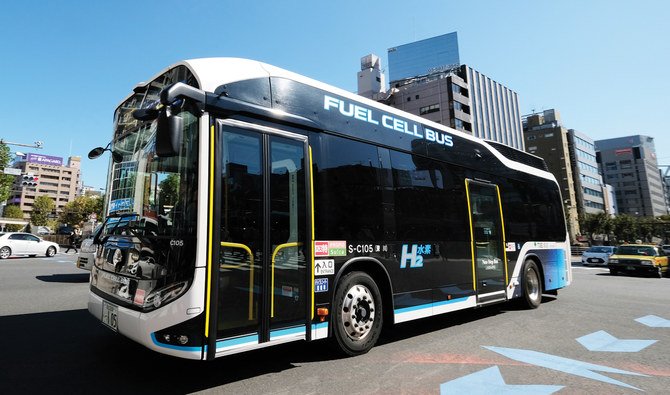 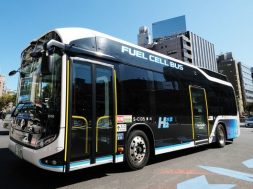 DUBAI: Hydrogen-fueled cars and rechargeable batteries are two of the ways Japan’s State Minister for Foreign Affairs says his country is proposing in the fight against climate change.

Kenji Wakamiya said Japan was working on using hydrogen and improving rechargeable battery technology to create alternative sources of energy, with examples rolled out at this year’s Tokyo Olympics.

“In Fukushima, a hydrogen production facility is scheduled to begin operations this year,” he said, adding that the hydrogen produced from this facility would be used as fuel for vehicles during the Tokyo Olympics and Paralympics this year.

Wakamiya, who was speaking at the 10th annual assembly of the International Renewable Energy Agency (IRENA) in Abu Dhabi, said Japan had “been actively” promoting the use of renewable energy as a major power source, while recognizing Japan as being prone to natural disasters.

“The proportion of variable renewable energy such as solar and wind power has increased tenfold (in Japan) since 2010,” he said, adding how they were able to “overcome the difficult energy circumstances of the Great East Japan Earthquake.”

The Great East Japan Earthquake was a magnitude 9 earthquake off the coast of Japan, believed to have been the fourth most powerful in the world.

“Japan is one of the countries severely affected by climate change, such as the recent devastating damage from storms and floods, and is taking measures against it as an urgent issue,” Wakamiya explained.

The Japanese minister added that the country was aiming to become a completely “decarbonized society as early as possible in the second half of the century.”

He said another important issue was the disposal of renewable energy equipment including “large amounts” of solar panels, wind turbines, and storage batteries that have limited shelf life.

“Considering and tackling the issue of future disposal of such equipment is as important as accelerating the usage of renewable energy if we really care about the environment,” he said.

Japan is leading the way in this field, according to the minister, saying they will “ensure that the reuse, recycling, and proper disposal and treatment of used (renewable energy materials)
are executed.”

In the UAE, Dr. Nawal Al-Hosani, Permanent Representative of the UAE to IRENA, said the Gulf country was prepared to deal with the recycling of such materials.

“The first photovoltaic (PV) farm we have is only 11-years-old. It’s a bit early for us to retire our plants, we are just building them. But every plant we are building, we are pursuing the latest technologies. I’m sure once our plants reach their maturity and they need to be replaced, there will be plans in place to find another use of them,” she said.

“We are talking about very recyclable materials. We have glass, steel, so all the materials and products that have been used to build the PV plants are easily recycled.”

Al-Hosani also described Japan as a “strong partner” for the UAE in its fight against climate change, adding “Japanese companies are very much involved with the UAE leadership on
different technologies.

“There is a lot of partnership with the private sector,” she told Arab News on the sidelines of the IRENA 10th Assembly, where representatives from over 150 countries were discussing the global push for “energy transformation.”

“People in remote areas – they find solar panels expensive, but they are actually spending even more in diesel and gasoline,” Al-Hosani said, addressing what she said was a common misconception about renewable energy.

“Once they see the return of investment and look at it on a longer term, they will find out that it’s much less expensive to use renewables,” she added.

“What the UAE is doing to help and support nations with limited to no access to renewable energy is a lot – most of our aid now goes into infrastructure projects. There is a lot of investment and aid fund focused on renewable energy, such as the $50 million Caribbean fund, and $50 million Pacific fund,” she said.

Japan, on the other hand, was also keen on making sure that developing countries would have access to “climate finance.”

“We have implemented technical cooperation through the Japanese International Cooperation Agency (JICA) to support the usage and operation of renewable energy and access to climate finance in developing countries,” Japanese Minister Wakamiya said.

Al-Hosani of the UAE mission to the IRENA said: “More and more donor countries need to understand how they can support developing nations.”

“The UAE has shown an example of ensuring our aid is translated into infrastructure projects, and focused on clean energy to help advance it.”