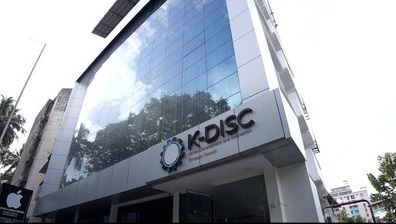 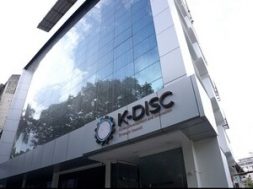 THIRUVANANTHAPURAM, India : When it comes to energy conservation, the headquarters building of the Kerala Development and Innovation Strategic Council (K-DISC) under the State Government, has been setting a new example for the whole State. Located on Women’s College Road, it is the first public building that is completely dependent on solar energy for its functioning. The six-floor building with an area of 15,000 sq.ft. has been designed and built as an energy conservation model, which can be replicated everywhere.

The K-DISC building also has the peculiarity of being the state’s first public building run on 48-volt DC. In order to minimise the use of air conditioners, double glazed windows and water curtains are used in the building. The water curtains are powered by vertical axis turbines that make use of the urban hot islands created by nearby buildings. The rooftop solar and battery storage enables energy conservation envisaged in the energy conservation model. Innovation Tower, the headquarters of K-DISC, has been functioning by following the State Government’s Green protocol.

K-DISC is also presenting the model as part of the carbon neutrality policy and efforts to make Thiruvananthapuram a Rooftop Solar Energy city. K-DISC Member Secretary Dr. P.V. UnniKrishan said that K-DISC is putting forward the model of energy conservation that does not require demolition of the existing buildings.

Each of the floors and halls in the Innovation Tower has been named after Laurie Baker, Anna Modayil Mani, P. C. Mahalanobis, Thomas Alva Edison, Marie Curie, Rosalind Franklin, Gopalaswamy Doraiswamy Naidu, J. C. Bose and Janaki Ammal. The building has been designed in a way to enable its modification as office space and for commercial purposes. It can also be modified as per the requirement of the departments of K-DISC such as Management Services, Innovation Technologies, Planning Competency Development and Innovation Systems, Skills Employment and Entrepreneurship and Social Enterprises and Inclusion and their officials.

The Headquarters building of K-DISC had recently won the Kerala State Energy Conservation Award, instituted by the Energy Management Centre for Energy Conservation. K-DISC was given the award in recognition of its disciplined earnest attempts for energy use, conservation, research and increasing efficiency.