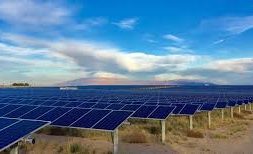 The Ministry of Mines and Energy – in collaboration with the UN Development Programme (UNDP) in Cambodia and with funding provided by the Swedish government – has launched a pilot project for a solar energy micro grid in three villages within two communes of Kampong Chhnang province’s Boribor district to provide energy for both homes and businesses.

Victor Jona, director-general of the ministry’s General Department of Mines and Energy, told The Post on December 22 that the solar energy micro grid was set up in the three villages on a remote island in Kampong Chhnang province for 140 households.

“The solar energy grid project is not a new thing for Cambodia. In the past, through the Rural Electrification Fund managed by the Electricity Authority of Cambodia, solar energy has been distributed and sold to people in rural areas and so far there are more than 10,000 households being powered that way,” he said.

According to Jona, even though this project was relatively small in scale given that it only provided power to 140 households at a total cost of $30-$40,000, it was a welcome development because it supported the government’s strategy to promote rural electricity in Cambodia.

Jona added that the project would make a great deal of difference to the children of those 140 households who would now have the ability to study at home in the evening. Increased knowledge and education, he said, would ultimately serve to reduce poverty in the country.

In a Facebook post, the UNDP Cambodia said that if the programme proves to be successful it could potentially be implemented on a much wider scale.

“If successful, this pilot project could be replicated in 237 other off-grid villages across Cambodia,” it said.

Song said the people in his village were thankful to the UNDP for this project because up until now there had not been any electricity there aside from small diesel fuel generators.

“In my village, 77 households have been set up [with power]. This is a project that really benefits people and there are other villages where solar power would be good to use too,” he said.