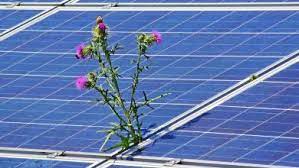 KHNP has been developing solar power plant design standards that can be applied to the marine environment in cooperation with the Korea Research Institute of Ships & Ocean Engineering (KRISO) since 2019. The company carried out a numerical analysis of floating bodies, connecting devices, and mooring systems, which are key systems for solar energy generation at sea, and completed a basic design that meets domestic and foreign marine design standards. Based on this, it built the nation’s largest offshore solar plant model that measures 15m x 14m and weighs 1.17 tons, and carried out an evaluation of its performance.

“This study is the first big step for the offshore solar power industry,” said Chung Jae-hoon, president of KHNP. “As a general energy company, KHNP will lead the realization of a carbon neutral society by expanding the new solar energy market.”