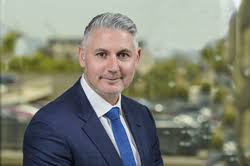 LOS ANGELES: The Los Angeles Department of Water and Power has approved a deal that will provide the city the cheapest solar power in the nation.

According to CBS Los Angeles, “LADWP Commissioners unanimously approved a deal Tuesday with 8minute Solar Energy to provide power from the Barren Ridge solar project in the Mojave Desert.”

The deal will cost a mere $1.1 billion over a 25-year period, costing less to produce and store the same amount of energy as fossil fuels.

The article continues on, sharing, “‘This is what the future of energy looks like, and we’re thrilled to be co-creating that future in collaboration with our fellow innovators at LADWP and the labor community,’ said Tom Buttgenbach, president and CEO of 8minute, ‘Utilizing existing transmission infrastructure to an extent never before seen for solar power plants allows for the rapid expansion of clean energy projects while saving the ratepayer money.’”

Nicki Zvik, Founder of Green Solar Technologies, shares his thoughts on the new deal, stating, “It’s no shock to us at GST that our great city of Los Angeles is the first in the nation to provide such affordable solar energy. California overall has been a pioneer in the green energy movement, and Los Angeles is a big part of that. We hope to see the rest of the nation follow suit.”

Zvik goes on to explain that it was only a matter of time before solar truly became a far more affordable option than fossil fuels for the same amount of energy produced.

“Solar technology has needed time to mature,” says Zvik, “Solar was always going to be the better option in comparison to fossil fuels simply due to the fact that the sun’s energy is free and abundant. But since the technology is relatively new, it just took us a bit of time to get here. And now that it has, I can’t wait to see what’s in store for the future of renewable energy.”

Nicki Zvik is the Founder of Green Solar Technologies and Spectrum Properties LLC.