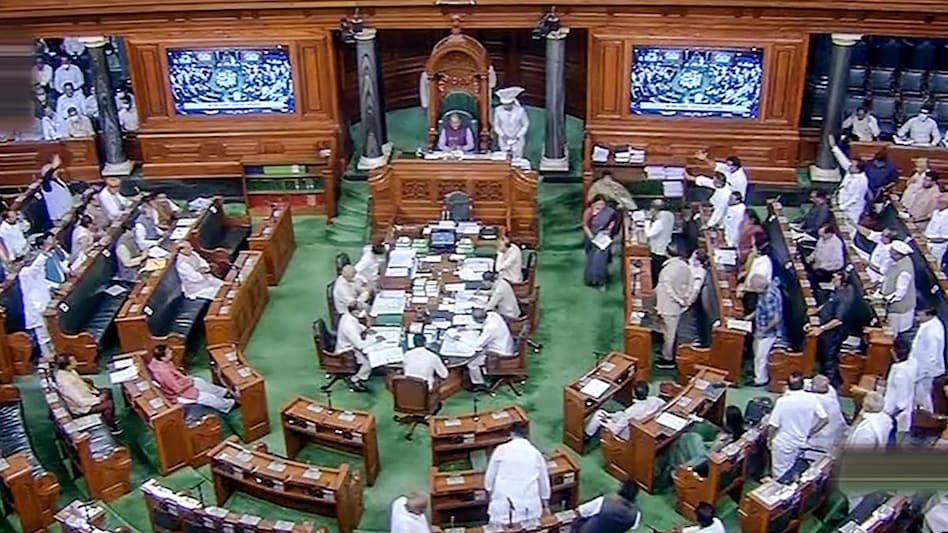 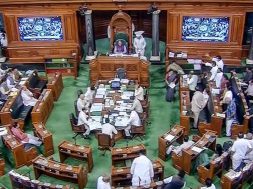 Piloting the Energy Conservation (Amendment) Bill, 2022, Power Minister R K Singh said “this is the bill for the future” and added that the renewable energy capacity addition in the country was the fastest in the world.

Lok Sabha on Monday passed a bill seeking to promote the use of non-fossil fuels, including ethanol, green hydrogen and biomass.

The bill is also aimed at helping the country achieve its international commitments with respect to climate change goals.

Piloting the Energy Conservation (Amendment) Bill, 2022, Power Minister R K Singh said “this is the bill for the future” and added that the renewable energy capacity addition in the country was the fastest in the world.

The bill was later passed by the House after rejecting amendments moved by some Opposition members.

Among other provisions, it provides for penalties for violations by industrial units or vessels as well as on manufacturers if a vehicle fails to comply with fuel consumption norms.

“With the passage of time, and in the context of the energy transition with special focus on the promotion of new and renewable energy and National Green Hydrogen Mission, a need has arisen to further amend the said Act to facilitate the achievement of ‘Panchamrit’ as five nectar elements presented by India in Conference of Parties -26 in Glasgow last year,” as per the Statement of Objects and Reasons of the bill.

The amendments also seek to promote renewable energy and the development of a domestic carbon market to battle climate change.

Further, the bill seeks to introduce new concepts such as carbon trading and mandate the use of non-fossil sources to ensure faster decarbonisation of the Indian economy and help achieve sustainable development goals in line with the Paris Agreement.

Recently, the Union Cabinet approved India’s updated Nationally Determined Contribution (NDC), incorporating two of the promises made by Prime Minister Narendra Modi at the Glasgow conference — reducing emissions intensity of GDP by 45 per cent by 2030, compared to 2005 levels, and achieving about 50 per cent cumulative electric power installed capacity from non-fossil fuel-based energy resources by that year.

“India has emerged as the most attractive destination for investment in renewable energy and the whole world is saying it,” Singh said.

The minister also said that the government has connected every village to the electricity grid in just about 987 days when the target given by Prime Minister Narendra Modi to complete the task was 1,000 days.

“In one stroke, we connected every village, every home. We converted our country from power deficit to power surplus… we had promised that by 2022, we will establish 175 gigawatts of renewable energy capacity,” he said.

“People are saying we have missed it, but we have not missed it. We are not only on target but we are also ahead of target,” Singh said and added that if the coronavirus pandemic was not there, then the government would have been much ahead of the target.