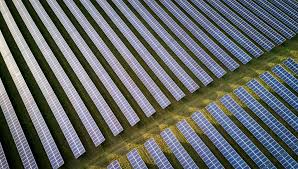 Macquarie’s Green Investment Group (GIG) has announced a new UK joint venture with Enso Energy to create one of the largest solar and battery portfolios that will enhance the biodiversity on each project site.

GIG was initially the Green Investment Bank launched by the UK Government in 2012. It was purchased by Macquarie in 2017 and currently has a global development pipeline of renewable projects totalling more than 25GW.

GIG is now partnering with Enso Energy on a new solar joint venture, which will aim to create one of the UK’s largest subsidy-free solar and battery storage portfolios. The initial agreed investment pipeline has surpassed 1GW of capacity.

The group’s European head Edward Northam said: “From our origins in the UK as the world’s first green investment bank, GIG has grown into a global green energy powerhouse while remaining steadfastly committed to accelerating the UK’s transition to a greener economy.

“The UK’s solar market holds huge potential to create green jobs and help the UK get closer to its aim of becoming a Net Zero economy. By combining GIG’s deep technical and financial capabilities with Enso’s highly experienced development team, our partnership has the skills and expertise to unlock that potential, bringing low-cost, low-carbon power to communities right across the UK.”

The projects will spur the creation of subsidy-free solar farms in the UK that will be supported by power purchase agreements (PPAs), which will enable UK businesses to purchase priced renewable power from the sites.

Many of the projects being discussed will use tracking and bifacial solar technology to improve the efficiency of the technology per hectare. This creates an added benefit of reducing the physical footprint of each site, limiting ecological damage. In fact, GIG is aiming to improve the biodiversity at each site, with a Biodiversity Net Gain Assessment to be carried out on each project.

Battery storage will also be utilised to create more flexibility for energy outputs. Aurora Energy Research has previously claimed that subsidy-free solar projects are “coming of age” thanks to the falling costs and flexibility of co-located battery storage technology. The organisation claims that more than 5GW of solar capacity could be deployed in the UK without subsidies by 2030.

Enso Energy will assist GIG on the portfolio, having developed large-scale energy projects totalling more than 1,500MW of generation. GIG, meanwhile, has supported almost 7.5GW of renewable projects in the UK.

tags: Enso Energy Macquarie
0
previous Govt mulls pass-through in power tariff to awarded projects before duty rollout
next EIB to release new report on energy efficiency investment in the EU and US