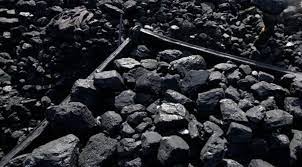 Thermal Power Plants (TPP) of Maharashtra were supplied with 70.77 Million Ton (MT) of coal during the financial year 2021-22.

New Delhi: The Government of Maharashtra is currently receiving more coal at present than in March this year, the coal ministry clarifies. The Ministry stated that as of now, the State is meeting their coal requirement. Thermal Power Plants (TPP) of Maharashtra were supplied with 70.77 Million Ton (MT) of coal during the financial year 2021-22.

The Coal Ministry further stated that coal supply to thermal plants is increasing in tandem with the increase in demand for power. As per the statistics of the Ministry, in March 2022, coal supply to power plants of Maharashtra was 2.14 lakh tons per day. The same has been stepped up to 2.76 lakh tons per day this month/April, till 11.04.2022.

MAHAGENCO has been supplied 37.131 MT coal in 2021-22. The daily coal supply to Mahagenco in March 22 was 0.96 lakh tons per day which has been increased further to 1.32 lakh ton per day in April (till 11.04.22). It is equally pertinent that the coal requirement of Maharashtra is being met despite Mahagenco having outstanding dues of nearly Rs.2390 crore.