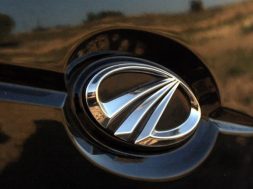 Ola and Uber are currently the only two online cab aggregating services in India, and the competition amongst them is huge! Well, there will soon be another cab aggregator to jump into the war, and this one will be launched by one of India’s most powerful businessmen – Anand Mahindra of the Mahindra & Mahindra Group.

Yes, the Mahindra & Mahindra Group has confirmed this news and will soon be launching a similar platform – Alyte which will have all the mobility businesses of Ola under one banner.

How will this new platform Alyte function? Will it be different from Ola and Uber? Let’s find out!

Mahindra’s cab aggregator will be called Alyte, and under this name will be combined all of Mahindra’s existing mobility’s businesses, viz., Mahindra Logistics, Meru Cabs (majority owned by M&M), Glyd (M&M’s e-vehicle cab service) and First Choice (used car business). All these will be collectively named Mobility Services.

As per reports, Mahindra Logistics CEO Rampraveen Swaminathan revealed, “We are introducing a nationwide brand around our mobility service called Alyte from this quarter.”

The company has confirmed that a quarter of the fleet, as much as 30%, on the Alyte will have electrically powered vehicles. CEO Swaminathan also revealed that there will be a “significant” investment towards this plan of electric vehicles in the Alyte.

How Is Alyte Different Than Ola And Uber? Here’s How It Will Work!

There will also be an app for Alyte, similar to Ola and Uber. However, Alyte is quite different than the way Ola and Uber perform. Alyte will be a B2B application and will function with the help of corporate partnerships. This means that it will be functioning pretty differently from the B2C services that Uber and Ola offer.

This platform will be working on a contract basis with companies. The contract will offer rides to the employees of these companies to and from the office to their homes, or warehouses or different places of meetings.

As per reports, the company is planning to extend its services to an on-call service too. In this, employees will be able to book rides to the airport as well. Additionally, the employees of the companies that are covered by the contract will be able to use Alyte by submitting their IDs or any other account details.