Shenzhen, a major city in the Chinese province of Guangdong is well on track to make all its current buses electric by the end of the year, becoming the first city in the world to operate a completely electric bus fleet.

The city of 11.9 million has for years been struggling with severe air pollution resulting in frequent smog incidents; the deployment of electric vehicles has been part of the plan to clean up the air and reduce emissions.

In 2011, Shenzhen inaugurated the first pilot initiative to test how electric vehicles can accommodate the city’s transportation needs. Six years later, the city’s entire bus fleet of 16,000 vehicles will be fully electric, making Shenzhen the first city in the world to accomplish this goal.

The achievement is even more impressive considering the fact that Shenzhen’s bus fleet is larger than the ones in New York, New Jersey, Chicago, Washington, and King County combined. For example, New York City has approximately 5,800 buses.

Although, for now, coal will be the main source of electricity feeding the electric bus fleet, it is estimated that carbon emissions will be reduced by 48 percent and methane emissions 100 percent.

The Chinese central government worked in collaboration with local authorities to subsidise the initiative as not only it contributes to national emissions and air pollution targets, but also it supports the country’s plans to become a leader in electric vehicles- where backing of local manufacturing is considered key.

Xiangyi Li, a research analyst at the World Resources Institute, explained: “China wants to have a strong electric bus industry, so they put in a lot of effort on the innovation and the technology”.

Shenzhen Bus Group, one of the city’s three major bus operators, explained that in order to reduce costs the city adopted several business models, such as distributed operational risks among bus operators, manufacturers, utility companies and other service providers.

More than 80 percent of the new buses were delivered by Shenzhen-based automobile manufacturer BYD- which as of 2016 is the biggest electric vehicle manufacturer in the world.

The city also aims to electrify its entire taxi fleet by 2020.

30
previous EDF Renewable Energy Leads Series A Round in Vehicle-to-Grid Startup Nuvve
next 40% of vehicles in India to become electric by 2030, proposes Siam 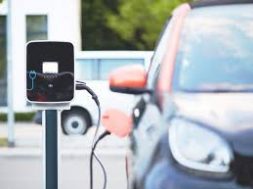