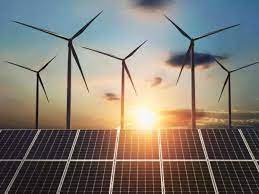 The measures taken to accommodate larger shares of renewable energy in the grid include the following:

(ii) Under Green Energy Corridor-Inter-State approx. 3200 ckm of transmission lines and 17000 MVA capacity of substations have been commissioned in March 2020 for evacuation of approx. 6 GW of RE projects.

(iii) Inter-State transmission system for 66.5 GW Renewable Energy Zones (REZ) spread across the country has been planned for power evacuation and grid integration.

Following steps, inter alia, have been taken by the Government to resolve the issue of long pending dues of power distribution companies (Discoms) to renewable power generators:

(i) Payment security mechanism has been inbuilt in the Standard Bidding Guidelines issued by MNRE for renewable energy projects. Under this, provision of payment security fund has been made and all bids through Renewable Energy Implementing Agencies (REIA) such as SECI, NTPC, and NHPC have a provision of Tripartite Agreement (TPA) to ensure timely payment.

(iii) The State Governments have been requested to pay outstanding dues to the renewable energy developers.

Intra-State Green Energy Corridor Phase-II scheme is under finalization for setting up 10750 ckm of transmission lines and 27500 MVA capacity of substations.

This information was given by Union Minister for Power and New and Renewable Energy, Shri R.K.Singh in a written reply in Lok Sabha today. 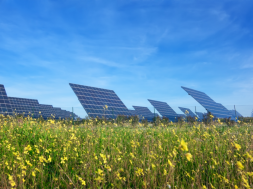