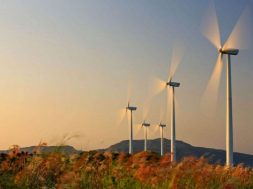 Directing the Respondents to forthwith make payment of a sum of Rs.4,85,21,854/- being the interest due