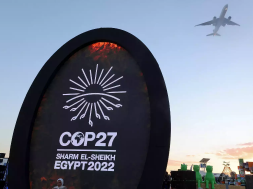 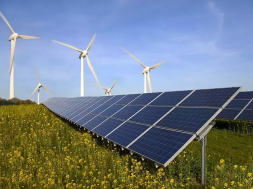 KACO new energy takes pole position in the dynamic Turkish photovoltaic market. Thanks to the company’s consistent presence in the Turkish PV market, KACO new energy GmbH has developed an outstanding reputation amongst the key players in the dawn of solar power. Following a brainstorming session in Neckarsulm with representatives of a Turkish trade delegation, the inverter specialist has now come to an agreement to increase its commitment to the “energy revolution on the Bosporus”.

The country has plenty of sun and a great demand for energy – these are the ideal conditions for supplying electricity by means of photovoltaic systems. For this reason, KACO new energy GmbH opened an office in Turkey and made its first trade fair appearances back in 2009. Although it took until 2014 for the endeavours to finally “kick into gear”, the consistent market activities are now bearing an abundance of fruit: Of the almost 500 MW of inverter capacity installed so far, KACO new energy has delivered 123 MW of this figure, establishing itself as the market leader. The manufacturer from Neckarsulm can expect to receive contracts to provide 150 MW of the anticipated 2016 market volume of 600 MW.

A delegation made up of high-ranking political and energy industry representatives visited the headquarters of the PV pioneer on the 20th of June, strengthening the positive relations between the parties even further. At the initiative of the PV Association GÜNDER (International Solar Energy Society Turkey Section), representatives from the Ministry for Renewable Energy, the Regulatory Authority, the field of science and the media came to Germany to find out about the German energy revolution and important companies in the solar industry. During their stay at the KACO new energy headquarters, the visitors were particularly impressed by the state-of-the-art, efficient production facilities. This is where the most popular products on the Turkish market, the Powador 60.0 TL3 and the new blueplanet 50.0 TL3 INT, are manufactured, alongside other units.

Nedret Ünlü, Country Manager for Turkey at KACO new energy, makes a significant contribution to the company’s success. Not only does he speak the local language, more importantly, he speaks the language of the customer perfectly. “In my opinion, close contact with the customers and customer satisfaction are the key to success. For that reason, we ensure that we impress our customers with our excellent after-sales service and not just with our products”, says Ünlü. One of his upcoming projects will be a 1 MW system on the roofs of the University of Istanbul. This prominent location will help to inform the population about the concept of photovoltaic systems.

The Turkish government is planning to install up to 1 GW of solar-electric power per year until 2023 – a target which could even be exceeded based on the current market dynamics. This will open up great opportunities for KACO new energy’s powerful central inverters, the blueplanet 1000 TL3 and blueplanet 2200 TL3, in large solar park applications. The boost in the Turkish solar power market has only just begun.