Meyer Burger Technology Ltd (SIX Swiss Exchange: MBTN) today announced preliminary unaudited results for the first half-year 2018. Net sales for the first half of 2018 are expected to amount to CHF 232 million, representing an increase of over 9% (H1 2017 CHF 212.3 million). In terms of EBITDA, the positive result has more than quadrupled compared to the previous year period and reached about CHF 28 million (H1 2017 CHF 6.9 million).

Meyer Burger expects a profit in a range of CHF 7 – 8 million at the net earnings level. Thus, the company has reached a profitable level again in the first half-year 2018 after a long period of losses (H1 2017 net loss of CHF -17.0 million).

Over the past months, the market environment for PV equipment suppliers was heavily influenced by the intensifying trade crisis between the USA and China which included new import tariffs on PV modules and cells, as well as the Chinese government’s announcement regarding subsidy cuts in the solar industry. Both facts have led to a momentary strong reluctance regarding new investments on behalf of Meyer Burger’s PV customers. Meyer Burger achieved total incoming orders of about CHF 138 million in this difficult market environment (H1 2017 CHF 308.5 million). The company is convinced that the long-term growth scenario for the PV industry remains intact and that its technologically advanced product portfolio and technology leadership position provide a sound basis to capture future growth opportunities.

The half-year report 2018 and further details on the financial statements as well as an expectation regarding the second half-year and full fiscal year 2018 will be published on 16 August 2018.

Meyer Burger is a leading global technology company specialising on innovative systems and processes based on semiconductor technologies. The company’s focus is on photovoltaics (solar industry) while its competencies and technologies also cover important areas of the semiconductor and the optoelectronic industries as well as other selected high-end markets based on semiconductor materials. Over the past ten years, Meyer Burger has risen to the forefront of the photovoltaic market and established itself as an international premium brand by offering superior precision products and innovative technologies.

Meyer Burger’s offering in systems, production equipment and services along the photovoltaic value chain includes the manufacturing processes for wafers, solar cells and solar modules. Meyer Burger provides substantial added value to its customers and clearly differentiates itself from its competitors by focusing on core technologies of the value chain.

The company’s comprehensive product portfolio is complemented by a worldwide service network with spare parts, consumables, process know-how, customer support, after-sales services, training and other services. Meyer Burger is represented in Europe, Asia and North America in the respective key markets and has subsidiaries and own service centres in China, Germany, India, Japan, Korea, Malaysia, the Netherlands, Switzerland, Singapore, Taiwan and the USA. The company is also working intensively to develop new markets such as South America, Africa and the Arab region. The registered shares of Meyer Burger Technology Ltd are listed on the SIX Swiss Exchange (Ticker: MBTN). 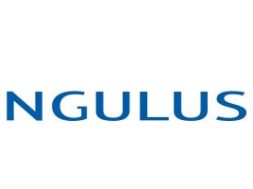 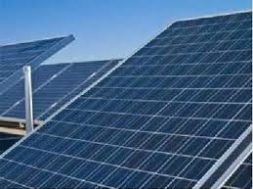