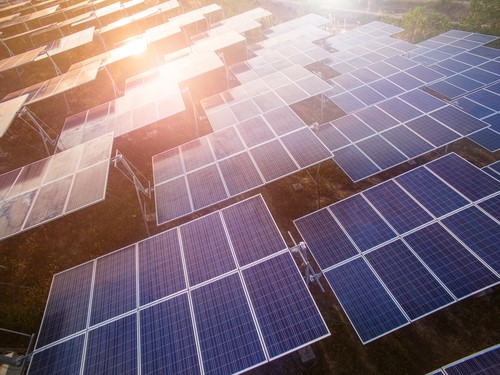 The Middle East is moving ahead with solar projects, seeking to pass on soaring polysilicon costs, even as some plans have been delayed due to the pandemic, the region’s solar industry trade group said in its 2021 mid-year outlook released July 11.

“After an unprecedented year like 2020, the pandemic did not impact the solar energy market as severely as anticipated,” the Middle East Solar Industry Association said.

“The integration of energy storage solutions is attracting the attention of many industry players. Experts believe that storage will be popularized rapidly in the near future to build stable energy systems. By mid-2021, the momentum to integrate several renewable projects is in place and can be witnessed in most MENA countries.”

Solar developers are being forced to raise bids because of soaring polysilicon prices, and in some cases they have revised their “price cut policy,” MESIA said. In the past, several Middle East solar projects set record low electricity costs, including in Abu Dhabi, Dubai and most recently in Saudi Arabia.

Polysilicon prices have been climbing since March, and recently were raised another 10% from Q4 2020 levels, even with factories running at 100% capacity, according to the report.

“As material shortages continued to ascend in Q1 of 2021, they could not bear the cost pressure,” MESIA said in the report. “Eventually, industry makers revised their price cut policy and raised their bid quotations. Many others notified customers of the increase in prices.”

Developers are waiting for Qatar to issue the procurement process for an 800 MW solar scheme, while Morocco has extended bids for the first phase of the Noor II 400 MW PV solar plant from January until August, MESIA said in the report.

Construction of Bahrain’s first solar utility size project of 100 MW at Askar Landfill, awarded in 2019, was put off until financial close and Iraq’s first solar tender with a total capacity of 750 MW has had “major delays” after expressions of interest started in 2019, according to the report.

In Oman, the largest utility-scale renewable energy project, Ibri II, is expected to start commissioning this year, with capacity of 500 MW.

Besides seven solar projects to add 2.97 GW of capacity, Saudi Arabia also this year changed regulations to allow private companies to sell electricity to customers, according to the report.

Meanwhile, in the UAE, there is a growing interest in floating solar storage, it said.