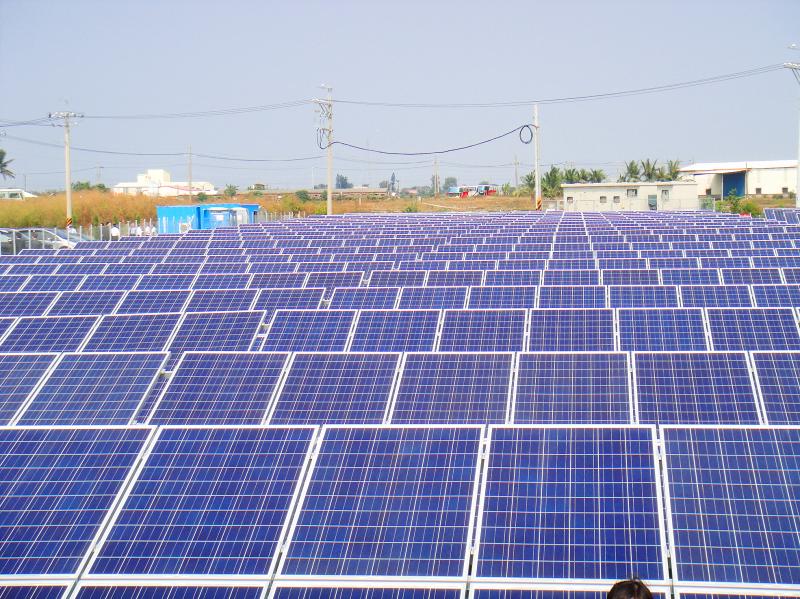 The economics ministry said the move aims to counter the effects of the pandemic, but developers said the rates reflected outdated data.

The Ministry of Economic Affairs is to maintain feed-in tariffs for new solar power installations and grant a three-month grace period for manufacturers to complete their projects, as renewable energy installations have slumped due to the COVID-19 pandemic.

The ministry made the announcement after government officials and industry experts met on Thursday last week and agreed to extend feed-in tariffs to solar power projects that have been approved in the first half of this year.

The ministry usually holds two meetings each year to review feed-in tariff rates for solar and other renewable energy power developers. It tended to gradually reduce the tariffs as in other countries, given falling installation costs.

“The level 3 alert to curb infections has affected solar installations in the past two months and could further affect the nation’s progress in reaching its solar energy target,” the ministry said in a statement.

“To reach the nation’s renewable installation goal and to provide incentives to resume installations, feed-in tariffs are to remain the same,” it said.

However, solar cell and module manufacturers United Renewable Energy Co (聯合再生), Motech Industries Inc (茂迪) and TSE Corp (元晶太陽能) called for a hike in feed-in tariffs, as solar installation costs have soared over the past year, the Liberty Times (the Taipei Times’ sister paper) reported on Thursday last week, citing a joint statement by the companies.

The costs of steel, aluminum racks, silicon wafers and labor have been rising over the past year, prompting solar energy developers to halt installations to avoid losses, the companies said.

Furthermore, feed-in tariffs are not based on current market prices, as the rates are determined by a third-party research institution, which uses outdated price information in its calculations, they said.