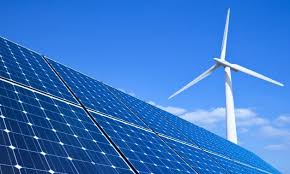 The government is considering to shut down the aging Suralaya coal-fired power plant (PLTU) in Cilegon, Banten, and replace it with green energy, as Indonesia chases its long-delayed commitments to cut carbon-dioxide emissions.

Kusdiana, said on Nov. 16 that his office was conducting an internal study to replace Suralaya with a batteryequipped solar farm (PLTS).

Adding batteries to a solar farm makes it more expensive but enables it to provide 24-hour electricity from the sun, which is otherwise an intermittent energy source

“[Suralaya] is already 35-years-old. We are looking at whether it should be demolished and replaced with a new utility-scale solar farm, with batteries, so there’ll be no intermittency issue,” he told lawmakers at a public hearing in Jakarta.

The 3,400-megawatt Suralaya plant comprises seven units that began operations between 1984 and 1997. The plant, owned by PT Indonesia Power, a subsidiary of state-owned electricity giant PLN, is one of the biggest coal plants in Southeast Asia.

Suralaya is also the biggest among 5,655MW worth of other coal plants over 20-years-old that the energy ministry is planning to replace with green plants in chasing Indonesia’s renewable energy targets.

Under prevailing regulations, Indonesia, a signatory to the landmark Paris Agreement, targets to reach a 23 percent green energy mix 2025, yet the country only reached 9.15 percent last year. Many studies project that, at the current pace, Indonesia will miss the target.

Meanwhile, 17.5 percent of Indonesia’s power capacity should have been from green energy sources by 2019, but it only reached 12.36 percent that year, according to energy ministry data. Indonesia has also pledged to make solar contribute 5.7 percent to the country’s power by 2025, yet solar only contributed 0.1 percent in 2019. electricity giant Kepco reaffirmed in June plans to invest in the two units.

“This [plan] is very important,” said Indonesia Solar Energy Association (AESI) chairman Andhika Prastawa on Friday. “2025 is in five years, yet there is still a huge gap to meeting the target.” Furthermore, the coal plant retirement plan also aligned with energy minister Arifin Tasrif’s policy of focusing on solar photovoltaic (PV) over other green energy sources, said Dadan. The country’s renewables power production is currently dominated by hydropower and geothermal.

The energy ministry unveiled plans to raise Indonesia’s solar farm capacity by 63 times over the next 15 years to 17,687 MW in 2035, which would be “a huge jump,” said Fabby.

“Targets will only remain targets if not operationalized in long-term plans,” added Fabby.