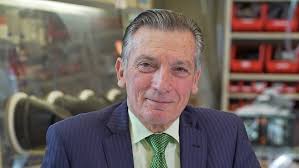 MIT professor: this new battery could change the world, these metals needed 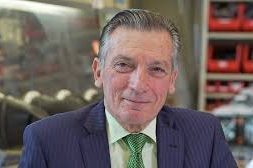 MIT professor: this new battery could change the world, these metals needed

In order to transition towards a fully renewable energy-based economy, the problem of intermittency in non-fossil fuel electricity generation first needs to be solved, said Donald Sadoway, professor of materials chemistry at MIT.

“I wanted something that was versatile and could go wherever you needed to have the gap, bridge, when the sun isn’t shining and wind isn’t blowing,” Sadoway told Kitco News.

Sadoway, who was named one of Time Magazine’s “100 Most Influential People” in 2012, had worked on new battery technologies that would solve this problem; he and his team at MIT created a liquid metal battery to be used for stationary energy storage.

“When it comes to massive storage…we need something different [from lithium ion batteries], something that would operate at large scale safely without fear of fire, and it has to have long, long service lifetime and it has to be cheap,” he said. “So I set out to find a new chemistry and that led to the invention of the liquid metal battery.”

Sadoway envisions the liquid metal battery platform to be used to power large stationary electricity users, such as hospitals, manufacturing facilities, or even a subdivision of several hundred homes.

The affordability of this technology was crucial in the design aspect of this battery, Sadoway noted.

“For me, it’s all about giving people technology that enhances the quality of life and does so at a competitive price point. I’ve been very, very strict with my team about not inventing something that’s super expensive that’s going to get you into the journal, but it’s never going to get you into customer hands,” he said.

The shift to a carbon-free economy needs to come from the private sector and from new technologies and inventions that outperform existing power generation methods, Sadoway said.

“I’m not comfortable with incentives in the form of these subsidies and rebates and so on. I think that the change should take place via market forces where the technology becomes superior and it becomes competitive to buy an all-electric vehicle versus the vehicle with a combustion engine,” he said.

“We hear talk about silicon and so on, but we’re not seeing a lot of penetration on that, so graphite is definitely going to be needed for the foreseeable future. And on the positive electrode, there are various combinations of nickel oxide, cobalt oxide, manganese oxide, aluminum oxide, people want to get rid of the cobalt and get the cobalt down to as low as they can,” he said. “There’s an increasing demand on nickel.”