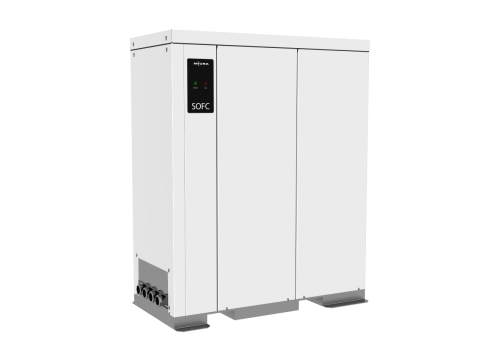 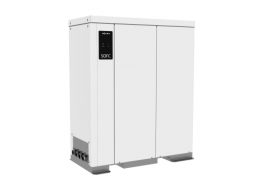 This new fuel cell system is a 4.2kW combined heat and power unit (CHP) targeting the commercial building sector in Japan. The units will provide both clean energy and hot water to commercial buildings, in a highly efficient and low carbon manner.

The product launch is the culmination of a collaboration between Ceres and Miura first announced in December 2016. Field trials in Japan are underway with first commercial launch expected with a select number of customers from October 2019. Volumes are expected to grow thereafter.

Japan is one of the most advanced markets in the world for fuel cells and a key market for Ceres. Given its importance to the energy supply chain, the Japanese Government published “The Basic Hydrogen Strategy” in 2017 and “The Strategic Road Map for Hydrogen and Fuel Cells” in 2019 to show the vision of a “Hydrogen Society” and the role of hydrogen in a cleaner energy future. In addition to fuel cell vehicle and fuel cells for households, the deployment of stationary fuel cells in the commercial and industrial building sector is another area of focus for the Japanese government’s strategy.

The launch highlights the core elements of Ceres’ business model, focused on multi-year development partnerships with global OEMs, to jointly develop products using Ceres technology. In addition to its work in Japan with Miura, Ceres also has significant partnerships with Bosch and Weichai and expects to be able to announce further commercial progress in due course.

“This product launch with Miura, a first for Ceres, is another important commercial milestone and continues our track record of successfully working with leading Japanese companies. Japan is an exciting market for the SteelCell®, where awareness of the advantages of full cell technology is high. The Japanese government has a clear hydrogen strategy and fully recognises the important role of fuel cells in the vision for realising a low carbon future.”