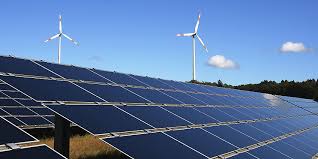 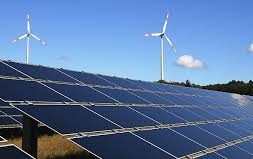 Molycop Australia has signed a long-term power purchase agreement with commercial electricity retailer Flow Power. Under the PPA, Molycop’s expected offtake of renewable energy will be 100,000 MWh per year, which will cover more than half of its electricity consumption in the Australian state of New South Wales. The offtake agreement will run until the end of December 2030 and is backed by agreements with the 120 MW Bomen Solar Farm, now under construction, and the 270 MW Sapphire Wind Farm, which has been in full operation since November 2018. Both projects are located in New South Wales. Under the PPA, Molycop will become one of the largest purchasers of renewable energy in Australia.

Molycop said it partnered with Flow Power partly because it offers access to the ARENA Demand Response program.

The 120 MW Bomen Solar Farm is the first renewable energy asset in the portfolio of network owner Spark Infrastructure. It acquired the project from developer Renew Estate, which is partly owned by German developer Wirsol Energy. It is located close to the Wagga North substation, where it will connect with TransGrid’s transmission network. The project includes a 40 MWh storage battery.

Melbourne-based Beon Energy Solutions is overseeing construction, which is expected to come to approximately AUD 188 million (USD 127.4 million). Commercial operations are scheduled to begin in the second quarter of 2020.

The project will feature JinkoSolar’s bifacial PV panels, as well as inverters from SMA Solar Technology and trackers from NEXTracker. It is expected to employ around 250 people throughout the construction phase.

The developer of the Bomen Solar Farm signed a PPA with Flow Power in December. Under the deal, the retailer contracted 69 MW of the farm’s total output to power Snack Brands and Australian Vintage, the first Australian wine producer to sign a large-scale hybrid renewable corporate PPA.

The second PPA for the Bomen Solar Farm, which was announced on the same day the project was acquired, was signed with Westpac, as part of its commitment to a 100% renewables target. Westpac is the third major bank to sign up to the to the RE100 global initiative. Under the PPA, it will purchase over a quarter of the output from the Bomen Solar Farm under a 10-year contract, covering both the electricity and large-scale generation certificates.

The 270 MW Sapphire Wind Farm is one of the wind projects contracted by the government of the Australian Capital Territory (ACT) as part of its 100% renewable energy target. The ACT has supported 100 MW of the project, which accounts for around 12% of its target. It started exporting electricity to 48,000 homes in the region last May.

The largest wind farm in New South Wales, meanwhile, is also helping Commonwealth Bank of Australia move toward its 100% renewable power by 2030 target under a 12-year PPA as of January this year.

The Bomen and Sapphire projects will also supply electricity under a PPA that Flow Power signed in June. Under that deal, more than 85% of the Sydney Opera House’s yearly energy consumption of 16 GWh (equivalent to 2,500 households) will be drawn from the projects for the next seven years.