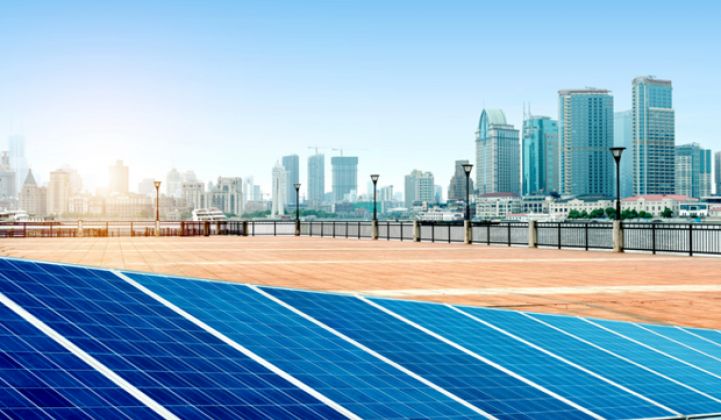 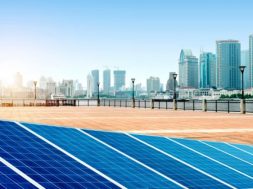 It’s a good time to be in community solar, but without a bold vision for the future, Tom Hunt argues, the industry could soon face an existential threat.

In less than a decade, community solar has become the fastest-growing segment within the solar industry, achieving a five-year compound annual growth rate of 53 percent, opposed to 26 percent for the rest of solar.

Legislators across the country are beginning to understand the value that community solar brings to their constituents: equitable access to clean and affordable energy for thousands of homeowners, renters and businesses. Today, we are seeing an unprecedented number of states introduce community solar legislation across the country, most recently including Pennsylvania, New Mexico and Florida.

At the same time, political decision-makers are becoming more comfortable acknowledging the inherent value in distributed solar and recognize that distributed generation increases grid resiliency and reliability. Above all, consumer demand for more clean, distributed energy in America is at an all-time high.

In short, it’s a good time to be in the community solar business.

Like most nascent-stage industries, the community solar industry has been primarily focused on innovation and market share. As programs launch in new markets, community solar companies from around the country are vying to secure as much capacity as they can get their hands on. This was recently evidenced in Illinois, where the state opened just over 200 megawatts of capacity for community solar and received nearly 2 gigawatts’ worth of projects from developers.

There is a gold-rush mentality starting to emerge, with most companies focused on building near-term capacity to fuel their bottom lines, sometimes at the cost of advocating for good programs, developing inclusive projects, and building a sustainable model for long-term industry growth.

Meanwhile, utilities around the country are making aggressive commitments to replace coal generation with wind and solar, and they are pledging to do it faster than previously planned. Just recently, Xcel Energy became the first investor-owned utility to commit to 100% zero-carbon electricity by 2050. Utilities are becoming more aggressive with their pricing, in many cases building projects for half of the traditional credit rate for community solar facilities. Cheaper clean energy is a good thing, but providing it solely through the traditional monopolistic system eliminates the opportunity for market innovation through competition.

With utilities waking up to the clean energy revolution and providing default electric services that are cleaner and cheaper around the country, community solar could be faced with an existential threat.

As advocates continue to push for newer and bigger community solar programs across the country, it is more important than ever for us to reflect on what we’ve accomplished to inform a bold vision of where we’re heading. We must establish a long-term vision that goes beyond pilot programs and presents a clear rationale for how community solar fits into the larger energy mix and the future grid. We need a vision for how we achieve gigawatts, not megawatts. This is especially important on a state-by-state level where demand planning and legislative and regulatory activity take place.

Without a bold, long-term vision backed by a broad coalition of stakeholders, I’m worried that legislative momentum for community solar could slow in the coming years as multiyear pilot programs wrap up and states begin to reach program capacity. This would be bad for developers. But more importantly, this would be bad for the transformation of our grid and anyone who favors increased customer choice, more distributed energy solutions, and faster adoption of clean energy.

The community solar industry is doing a good job of getting small to midsized programs up and running around the country and creating fixes for programs that need a boost. One example of a new program is in New Jersey, which has a newly passed community solar program that could scale to 250 megawatts within three years. The pilot program will have an annual capacity of 75 megawatts with 40 percent of the overall capacity dedicated to serve low- and moderate-income customers.

This is a great start for New Jersey, but it comes at the same time Governor Murphy announced a commitment to 100 percent clean energy by 2050, including 3.5 gigawatts of offshore wind — a sizable development that does not deliver the localized grid and economic benefits that community solar can offer the state.

States that are making progress toward long-term program solutions are often the same states that have been the punching bags for industry criticism. The Illinois’ program drastically underestimated the market for community solar and confirmed that a lottery is everyone’s least favorite way to run a business. But more subtly, Illinois’ community solar program is paving a regulatory path to the future, through lessons learned of a bill-crediting mechanism that is uncapped, and a requirement to calculate and credit the value of distributed resources on the grid once a near-term rebate expires.

Similarly, New York has received plenty of criticism for the slow and complex deployment of everything from interconnection queues to the new Value of Distributed Energy Resources credit scheme. While VDER hasn’t been easy, it is a long-term framework that will allow a distributed future, and the state has committed to stable, meaningful incentive programs to bridge the gap from here to there.

It’s important that we continue to fight to open new markets and work to improve existing ones, but at some point, we must be bolder and offer a large-scale vision for how community solar should be included into the conversation about the nation’s electrical grid of the future.

The good news is that some states are already having conversations with stakeholders about how to transform and update their electric grids. It is critical that we use this opportunity to push for transformation that creates more competitive markets, increased customer choice, and access to clean and affordable energy. This is the promise of distributed energy generally, and community solar specifically.

If we do not consider how we position ourselves to be longstanding contributors to a distributed energy future, we will concede all our hard work and progress to the incumbent. Most importantly, we will fail to fulfill the implicit vision this industry was built on.

Tom Hunt is the vice president of strategic initiatives for Pivot Energy, a Denver-based solar energy company that is focused on helping accelerate the rapid transition taking place in the energy industry to a more decentralized and cleaner approach to power generation.