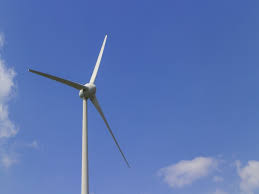 Morocco about to add another wind farm to the energy mix 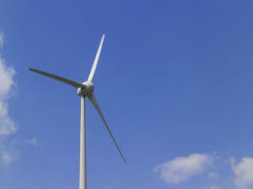 Morocco about to add another wind farm to the energy mix

Construction on the first phase of the Taza Wind Farm, 15km north-west of Taza in north Morocco is about to start.

EDF Renewables and Mitsui & CO announced last week that construction was about to start. The first phase will consist of 27 wind turbines to generate 87MW. The project will benefit from a 20-year Power Purchase Agreement with the National Offices of Electricity and Drinking Water (ONEE) and the Moroccan Agency for Sustainable Energy (MASEN).

This important milestone follows the execution of the necessary agreement with ONEE and MASEN. The project finance will be provided by the Japan Bank for International Cooperation; Nippon Export and Investment Insurance; Sumitomo Mitsui Banking Corporation; MUFG Bank; and (Moroccan bank) Bank of Africa.

EDF Renewables and Mitsui & Co respectively represent 60% and 40% of the private investment in the project. The Moroccan public part – from the ONEE, MASEN and Hassan II Fund, established in 2000 to support investment in Morocco’s infrastructure and structuring projects – could hold up to 35% of the project company’s capital.

It is expected that about 500 people will work on the project during its construction phase. Once established, the Taza Wind Farm should contribute to the region’s social and economic development. The first phase of the wind farm should become operational at the beginning of 2022. At that point, the power generated should be equivalent to the annual consumption of about 350,000 people, which would be around 70% of the population of Taza Province.

Wind farming in Morocco is not just hot air
EDF Group senior executive vice-president of renewable energies and CEO of EDF Renewable, Bruno Bensasson, thanked the Kingdom of Morocco, its administrative services, the local authorities and partners such as ONEE and MASEN for their support throughout the development of the project despite the global health crises.

“This wind farm demonstrates our commitment to supporting the Kingdom of Morocco’s energy transition. The project first with the goals in the EDF Group’s 2030 CAP strategic plan of doubling its renewable energy capacity worldwide from 28GW to 50GW nets, between 2015 and 2030″, Bensasson said.

Taza Wind Farm forms part of the Kingdom of Morocco’s 2009 national energy strategy which aimed to increase the country’s renewable energy to 42% of its installed electricity capacity by 2020. This goal was raised at COP22, held in Marrakech, Morocco in 2015 to 52% (10GW) by 2030.

A 2019 World Bank analysis of emerging markets for offshore wind, undertaken by the World Bank Energy Sector Management Assistance Programme in partnership with the International Finance Corporation, showed while Morocco has recently increased its solar and wind production it still has a long way to go. The country has the technical potential to produce up to 20GW of fixed plus floating solar though, despite its enormous capacity floating wind will just have to join the long queue for renewable energy deployment. 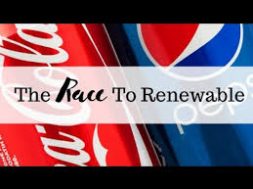 Pepsi Co or Coca Cola? The Race To Renewable