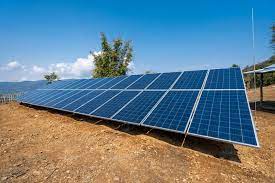 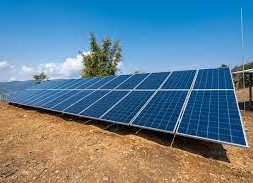 In an initiative to deliver last-mile access to electricity in rural areas of Nagaland, the Mon district administration and Mithun Rural Development Foundation (MRDF) inaugurated their first of the three solar mini-grids at Totokchingha village, a press release stated on February 24.

The mini-grid was inaugurated by MLA N Thongwang Konyak on February 23. The two other solar mini grids at Chenwetnyu and Longkei will be inaugurated in the month of March.

The two organizations signed a 20-year agreement to set up mini solar grids in rural Nagaland in January this year.

Speaking at an event on February 24, Thavaseelan K, deputy commissioner, Mon said: “The first three grids have been financed by Smart Power India. These are just first of the several mini-grids that are going to be installed in the Mon district. This project will make power available 24×7.”

Vijay Bhaskar, managing director at MRDF said: “In the next 3-4 years, we will install mini-grids for all 130 villages in Mon district. This pilot will be eventually scaled across all villages in Nagaland. We are following a PPP model of partnership – public, private and people, people being the most important part. Smart Power India has given us a roadmap to do this in the next seven years. We will put all efforts to make this vision a reality.”

Tiakala Ao, general manager at NABARD said: “We are sponsoring a group of beneficiaries from Totok Chingha, Longkei and Chenwetnyu who will be visiting another district in March, where they will be exposed to bio floc, fish farming. This training will bring an economic boom to this region as it is going to attract reverse migration enabling rural youth to set up microenterprises here. The future looks promising.”

Samit Mitra, senior director at Smart Power India said: “This is a complete village integrated development programme that is not only about lighting loads, but also about enterprises, livelihoods, productive loads, all things that contribute to the overall well-being of the community. This is the first time we have undertaken a project with MRDF to expand our footprint of mini-grids in Northeast India. We have funded 3-4 plants to initiate the programme so that there’s proof of concept on the ground here which other organizations can replicate and scale across Nagaland and beyond. We are hopeful that this programme will meet its objective of providing livelihoods and increasing the earning potential of villages in the Mon district.”