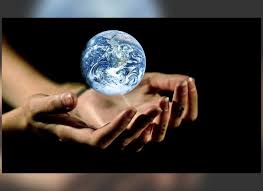 Myanmar can leapfrog to a green energy economy 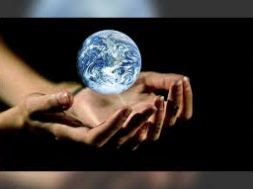 Myanmar can leapfrog to a green energy economy

Access to stable and affordable electricity is vital for the development of the Myanmar economy and the wellbeing of its people. The Myanmar government has rightly put energy at the heart of its work and has set an ambitious target to achieve universal electricity access by 2030. To meet this target the World Bank estimates the country will need to double its power generation every five years. At the same time, the world must address the climate emergency. There is less than one year to go until the COP26 international climate summit in the UK, which will be an important moment for the world to come together and agree ambitious steps to prevent the catastrophic warming of our planet. The UK will use the time ahead of COP26 to raise ambition for climate action.

For Myanmar, climate change is a local as well as a global problem. It is one of the worlds’ most vulnerable countries to climate change, and already faces more intense natural disasters such as floods, cyclones and droughts, and changing rainfall is already harming farmers. The impact of local pollution is also clear, with air quality in Yangon deteriorating year on year.

Thankfully, new technology means it is possible to increase access to electricity at the same time as tackling climate change. There no longer need to be trade-offs between affordable electricity generation and reducing emissions. Advances in technology mean that renewable energy is not only the best solution for the environment, but also the best for the economy

The cost of renewable energy is falling rapidly, and the world’s best solar power schemes now offer the cheapest electricity in history. By 2030, building new wind or solar farms will be cheaper than running existing coal plants, meaning coal will quickly become a financial burden. It is not just power generation that is transforming, but a wide range of green energy technology. Advances in energy storage, ranging from next generation batteries to pumped hydro solutions are solving a range of energy supply issues.

Investing in clean energy has other important benefits. It reduces reliance on expensive fossil fuel imports and increases energy security. It creates more jobs than traditional energy – as many as seven times more by some estimates. Renewable energy can also be produced more locally, helping governments roll it out quickly without the need for a full national grid. Clean energy also contributes to better air quality and improves local health.

For the international climate summit next year, we want to secure an ambitious global transition to green energy, while supporting access to energy for 840 million more people around the world. The UK is leading by example, ending its own use of coal power by 2024 and aiming for net zero emissions by 2050. We will also reduce the UK’s emissions by at least 68 percent by 2030 compared to 1990 levels – cutting emissions at the fastest rate of any major economy so far.

Our new Ten Point Plan for a Green Industrial Revolution will mobilise £12 billion of UK government investment, creating and supporting up to 250,000 highskilled, green jobs across the entire country. We are pleased countries around the world are also making ambitious commitments. China, Japan and South Korea will all hit net zero and move away from coal power.

Myanmar now also has a huge chance to leapfrog to a better energy future. Unlike many other countries, Myanmar is not currently reliant on polluting coal-fired  power stations. The country has ambitious plans to harness its abundant sun, wind and water power to generate green and cheap energy. As Myanmar finalises its commitments to COP26 and revises its National Electricity Plan, I am excited about the opportunities of phasing out coal completely, and generating renewable energy for everyone. With ambition, Myanmar can be at the vanguard of a green energy revolution.

The UK is committed to supporting this green energy revolution in Myanmar. We already have a strong partnership with Myanmar on energy, including an offer to fund a new wind power project in Magwe Region and helping 400,000 people get electricity for the first time through off-grid solar. But we want to do more. We will work with Myanmar through our COP26 Energy Transition Council, which brings together leaders in the power sector across politics, finance and technology to help speed up the transition from coal to renewables.

On December 12, the UK will co-host a Climate Ambition Summit with the UN and France and in partnership with Chile and Italy, marking the fifth anniversary of the landmark Paris Agreement. I am calling on all countries to bring their highest ambitions to the table, for what I hope will be a key moment for our planet.

I am delighted that State Counsellor Daw Aung San Suu Kyi will join us on Saturday to outline Myanmar’s ambition and vision for a greener and better future for the people of Myanmar and the world. Climate change is a shared challenge, and we must all come together, both for the sake of our planet and for the sake of our people.