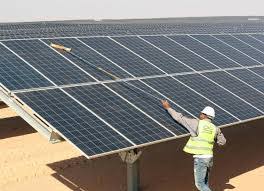 Myanmar will press ahead with the implementation of four hydropower projects to meet the country’s demand for electricity, according to Union Minister of Electricity and Energy U Win Khine

Currently, Myanmar generates 3,225 megawatts (MW) of electricity, or half the country’s power supply, from 28 hydropower plants. Myanmar’s abundance of hydro-resources and lower cost of producing hydropower compared to other power sources makes this economically viable.

Meanwhile, efforts are on to augment the existing power supply with new projects to be built in collaboration with different partners. A Notice to Proceed has been signed for the construction of the 60-MW Deedoke Hydropower Project with the Austrian company ANDRITZ Hydro GmbH Co. Ltd, while the 671-MW Shweli 3 Hydropower Project will be a joint venture with EDF Co. Ltd from France, following a Build, Operate, Transfer (BOT) model.

The Ministry recently floated a tender for 29 solar power plants, with a target of generating a total of 1,030MW of power by next summer. This will help meet the country’s electricity demand that is growing by 15pc per annum.