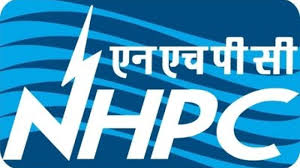 With a view to leverage development of Hydro and Solar Power Projects in Union Territory of Ladakh, Shri A.K. Singh, CMD, NHPC, the Central PSU under Ministry of Power called on Shri R.K. Mathur, the Lt. Governor of UT of Ladakh on 29.05.2020 at J&K Bhawan, New Delhi. The meeting was held to discuss NHPC’s proposals and way forward on implementation of various identified Hydro and Solar Power Projects in Leh-Ladakh region.

During the discussion, CMD, NHPC intimated the  Lt. Governor about achievement of NHPC in harnessing Hydro Power potential of Ladakh region by commissioning 45 MW Nimmo Bazgo in Leh and 44 MW Chutak Hydro Power Projects in Kargil. He also presented future plan of NHPC to develop 3 nos. Hydro Power Projects viz. Khalsi (80 MW), Kanyunche (45 MW) and Takmaching (30 MW) in Ladakh along with a solar power project of capacity 50 MW at Phyang. While explaining the techno-commercial viability of projects, CMD, NHPC proposed that taking advantage of high solar irradiance of the region, blending of Hydro Power with Solar Power may also be explored.

The Lt. Governor appreciated the efforts made by NHPC in commissioning two nos. of Hydro Power Projects and maintaining smooth Operation and Maintenance of these projects in spite of tough conditions. He also encouraged NHPC to have an in depth analysis of techno-commercial viability of future projects and assured for all possible supports from UT of Ladakh in order to facilitate expeditious development of these power projects by NHPC.