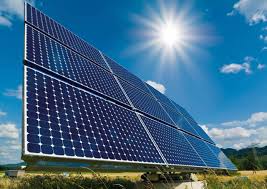 No electrical inspection for solar plants up to 250kWp 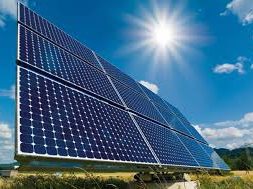 No electrical inspection for solar plants up to 250kWp

Chandigarh: To achieve the target of 69MW solar power generation that the ministry of new and renewable energy has set for 2022 after enhancing it from 50MW, the UT administration has now decided that there will be no electrical inspection for installation of solar plants up to 250 kWp (kilowatts peak).

The decision was taken in a review meeting UT adviser Manoj Parida held with the heads of different departments to sort out differences and to encourage them to work as a team. Sources said electrical inspection used to take about four months.

Talking to the TOI, Debendra Dalai, director, Chandigarh Renewable Energy and Science and Technology Promotion Society (Crest), said this major decision would cover installation of all solar plants in residential category and even government plants up to 250kWp.

Besides, it was also decided that the electrical department would give a technical feasibility report within a week to further speed up installation, he added.

Crest is the nodal agency for installation of solar projects in the city, but coordination was required with the UT departments of engineering, electricity, urban planning, chief architect office and municipal corporation.

Sources said these departments had time and again raised objections and created hurdles in installation of key solar projects, thereby delaying them or hiking their costs. The objections were related to design, house inspection and no objection to projects.

The administration has achieved a target of 37.5MW as of now.

To encourage people, the Central government had even released Rs 5 crore to the administration, which is being used to transfer solar subsidy to the residents.

The government had recently notified the new subsidy scheme for the rooftop solar units, wherein the subsidy amount has been raised from 30% to 40% for panels up to 3kWp capacity. For units from 4kWp to 10kWp, the subsidy will be 20%. There will be no subsidy for plants above 10kWp. Earlier, 30% subsidy was given to all applicants irrespective of the plant capacity.