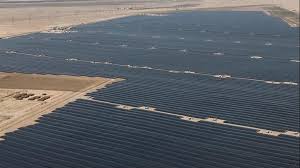 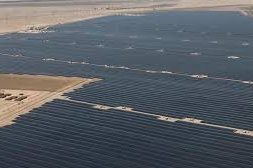 The UAE’s Noor Abu Dhabi solar development was named as the Project of the Year at the 2020 edition of the MEED Projects Awards.

MEED unveiled the winners of its 10th annual MEED Projects Awards at a ceremony in Dubai, celebrating the GCC’s best projects completed in 2018 and 2019.

Noor Abu Dhabi emerged as one of the top contenders for the awards, buoyed by the integral role it is playing in helping the UAE achieve its national target of 50 per cent clean energy by 2050, of which 44 per cent is slated to come from renewable energy.

Located at Sweihan in Abu Dhabi, Noor Abu Dhabi commenced commercial operations in June 2019. The 3.2 million solar panels at the plant cover an area of 8 kilometres, producing approximately 1.2GW of power capable of meeting the energy demand of 90,000 people.

The AED3.2bn ($871m) project was developed by a joint venture of Japan’s Marubeni and China’s Jinko Solar in partnership with Abu Dhabi Power Corporation (now a part of Taqa). Mumbai-based engineering firm Sterling and Wilson carried out the EPC works on the plant.

The 2020 edition of the MEED Projects Awards received over 130 entries from leading organisations, project owners, contractors and consultants across 19 unique categories.

Subsequently, 25 organisations from the UAE, Saudi Arabia, Kuwait, Bahrain and Oman were commended for their achievements in delivering some of the GCC’s best projects.

Many of the winners were seen as reiterating the efforts that the GCC as a whole is taking to develop projects that are strategically vital to the growth of the region.

Projects were judged on aspects from the design concept through to engineering, construction and project delivery, as well as environmental and societal impact.

Aluminium Bahrain (Alba) was presented with the Industrial Project of the Year, while other key players in the projects industry including Acwa Power, Saudi Water Partnership Company, Alec Engineering and Contracting were also awarded at the ceremony.

As part of the Editor’s Special Awards, Sachin Watarkar of Lalbuksh Voltas Engineering Services & Trading was awarded Engineer of the Year.

“With nearly 6,700 projects planned or underway across the region, with a combined value that is close to $3tn, there is a vast pipeline of future projects,” says MEED editorial director Richard Thompson.

“But the world is changing,” he says. “And the winners and shortlisted finalists of the MEED Projects Awards 2020 shine a spotlight on the projects that are at the cutting edge of that change.

“The MEED Projects Awards celebrates the greatest achievements of the GCC projects industry, and promotes innovation and best practice in project delivery,” says Thompson. “Even amid the Covid-19 pandemic and through challenging economic conditions, this year’s entries were of the highest calibre we have seen in the 10 years of these awards, and they have demonstrated brilliance in architecture, engineering and construction.”