“During 2016, we announced our intention to monetize our utility wind assets, and focus on our core distributed wind turbine business as well as to expand into full-scope energy storage solutions.  With the completion of the sale of certain of our utility-scale wind technology and assets to our partner WEG, in October 2016, we consummated our planned refocus on distributed energy applications,” stated Ciel Caldwell, president and chief operating officer of Northern Power Systems.  “With the reduction of business expenses, and effective management of our balance sheet, we continue to be confident that we will not require additional investment in our business.”

“Our expansion into full-scope energy storage solutions in the distribution network is gaining traction as we have submitted multiple commercial bids and are negotiating initial order contracts,” Ms. Caldwell continued. “These activities, in combination with continued global distributed turbine sale traction, are validating our distributed energy strategy.”

Eric Larson, the Company’s chief accounting officer commented, “During the fourth quarter we maintained our focus on reducing costs in our efforts to reach profitability.  Our cash balance as of December 31, 2016 was $5.4 million, including $1.5 million received from the sale to WEG, which we feel positions the Company well to focus on our 2017 business objectives.” 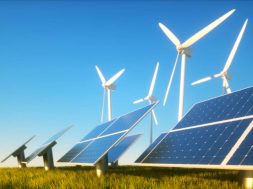