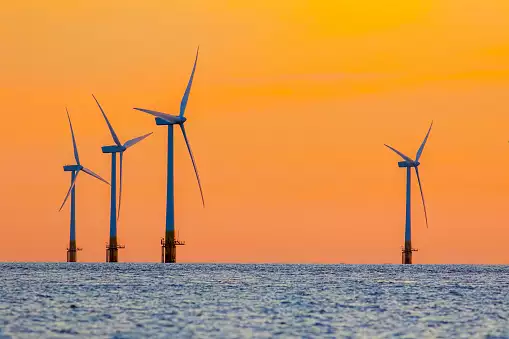 The fund, which has more than 1.1 trillion euros ($1.3 trillion) in assets, said it will buy a 50 percent stake in what is currently the world’s second-largest offshore wind farm.

Oslo: Norway’s sovereign wealth fund, which is financed from taxes paid by the nation’s oil and gas industry, said Wednesday it had made its first direct investment in renewable energy infrastructure.

The fund, which has more than 1.1 trillion euros ($1.3 trillion) in assets, said it will buy a 50 percent stake in what is currently the world’s second-largest offshore wind farm.

The stake is in the Borssele 1 & 2 wind farms, located in the North Sea off the coast of the Netherlands and capable of generating 752 megawatts.

It will be acquired for 1.38 billion euros from the Danish firm Orsted, which will continue to own the remaining 50 percent in the project.

“Unlisted renewable energy infrastructure is a new asset class for the fund, which we invest in to improve the overall diversification of the fund,” said Nicolai Tangen, CEO at Norges Bank Investment Management which manages the fund.

The sovereign wealth fund invests in the Norwegian state’s oil and gas revenue in shares, bonds and real estate in order to finance the future needs of the country’s generous welfare state.

The fund, which has ethical guidelines for its investments, has stakes in the capital of renewable energy producers.

This is however its first direct stake in renewable energy infrastructure since the Norwegian parliament authorised such investments in 2019.

The fund has said it plans to invest around 10 billion euros into renewable energy infrastructure between 2020 and 2020.

0
0   0
previous Winds of change: how Enel and Iberdrola powered up for the energy transition
next HEINEKEN aims to be carbon neutral in production by 2030 and full value chain by 2040