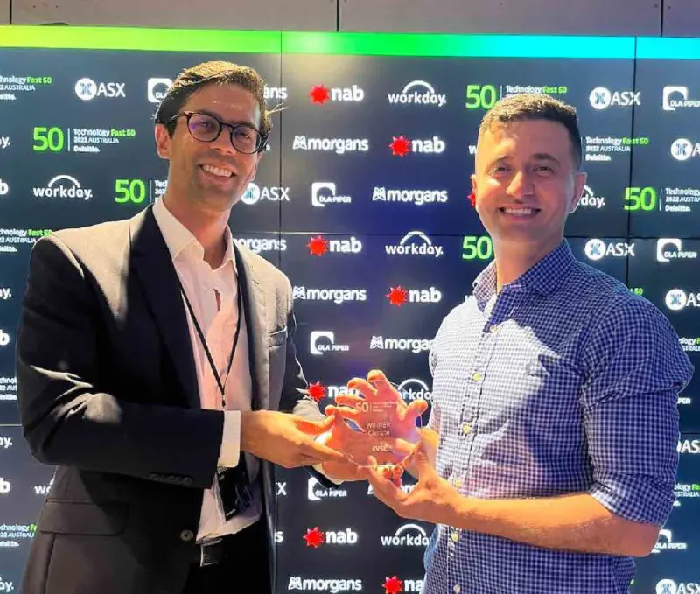 Founded in 2015, EVSE has established a name for itself as one of Australia’s leading electric vehicle charging solutions providers, across residential customers, fleets and EV manufacturers.

The company has also worked with the Australian Renewable Energy Agency and Intellihub on a trial of 50 street-side EV chargers installed on power poles, to assist EV owners living in apartments and units with no off street parking.

In its 2022 Tech Fast 50 Winners’ Report, Deloitte notes that EVSE is the inaugural winner of its Climate award, that aims to recognise companies in the climate tech space.

“This award recognises technology’s vital role in the world’s journey to net zero and underscores our commitment to that,” the report says.

“Tackling climate change is the challenge of our lifetime and almost 40% of solutions needed to reach net zero rely on emerging technology that, in some cases, is still in prototype.

“More than $5 trillion will be invested globally per year over the next eight years to solve the climate crisis, and technology is central to this effort.”

On EVSE, Deloitte says the company’s team is making notable progress, despite being based in a country that lags well behind the rest of the world in the shift to EVs.

“[EVSE’s] team is seeing strong growth as they drive the transition to electric vehicles with turnkey charging solutions,” Deloitte says.

“They’ve demonstrated a clear focus on reducing their own environmental impact.”

EVSE co-founder and general manager, Brendan Wheeler, says the award from Deloitte is a reflection on the company’s “amazing team” who are passionate about the acceleration of electric vehicle uptake in Australia.

“We hope that awards and recognition such as this can help to put the electric vehicle transition further into the national spotlight as we’ve got so much catching up to do with the rest of the world,” Wheeler said.