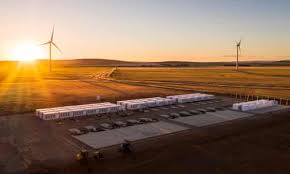 There may have been other weeks that packed in as many transformative developments in clean energy in Australia as the past seven days, but they don’t come often.

On Friday, the New South Wales parliament passed laws to build 12 gigawatts of clean energy – roughly equivalent to the country’s entire existing large-scale renewable capacity – and 2GW of energy storage in the state over the next decade.