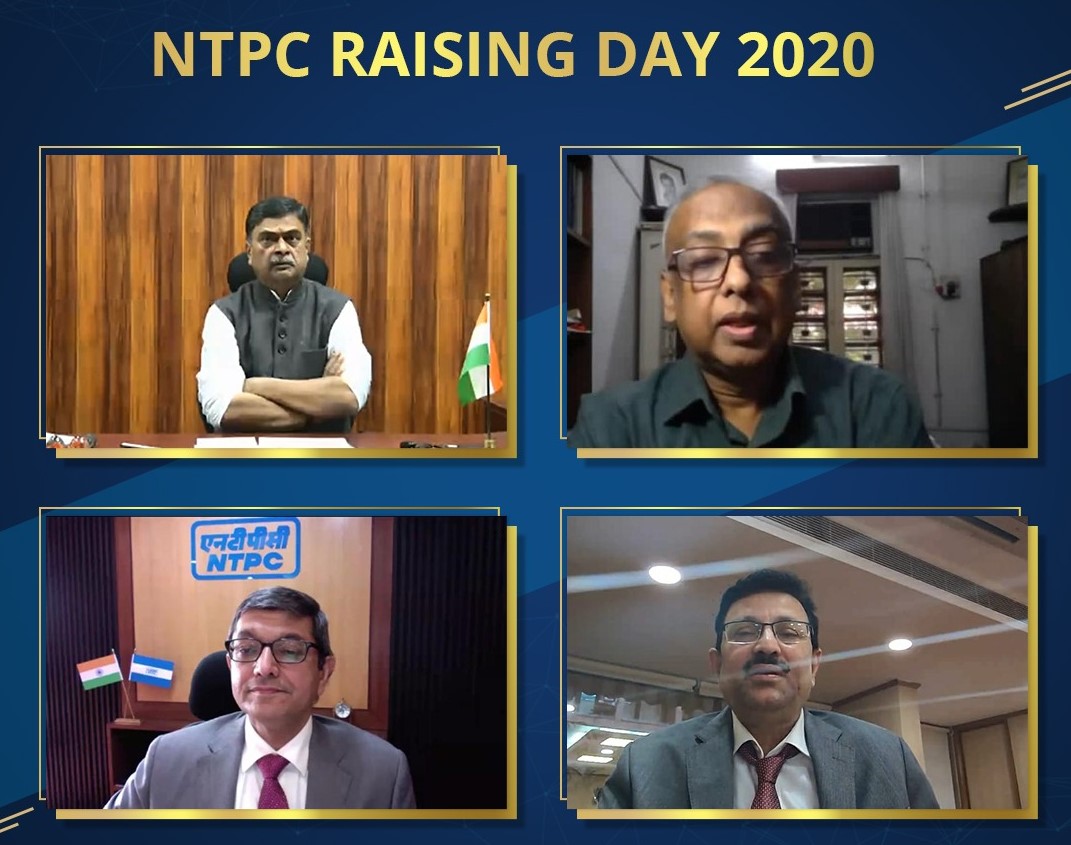 NTPC is shaping well for the future with its diversification plans: Power Minister Shri RK Singh 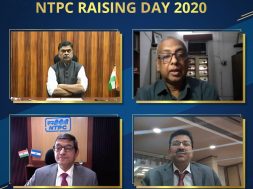 NTPC is shaping well for the future with its diversification plans: Power Minister Shri RK Singh

New Delhi: “NTPC is shaping up well for the future with its diversification plans and as a responsible corporate, NTPC is committed towards environment and the fast growing capacity addition in the renewable portfolio is testimony to the commitment”, said Shri R K Singh, Hon’ble Minister of State (Independent Charge) for Power, New and Renewable Energy and Minister of State for Skill Development and Entrepreneurship, Government of India.

Shri Singh was speaking on the occasion of 46th Raising Day of NTPC addressing the senior management of India’s largest power producer along with the employees and their family members through the digital platform.

Congratulating NTPC on its Raising Day, Shri Singh said, “during the pandemic NTPC has ensured uninterrupted power supply to the nation reinforcing the significance of affordable power in our daily lives.” He further added, “NTPC is one of the largest companies in India and now they must strive hard to become one of the largest power producers globally. The company has remained nimble footed that has helped them to evolve stronger over the years.”

Speaking on the occasion, Shri Sanjiv Nandan Sahai, Secretary Power, GoI congratulated NTPC for its glorious 45 years of excellence. Shri Sahay said, “I am glad to see how NTPC is looking to reinvent itself and move forward with its investments in the renewable sphere.” He praised company’s efforts in mitigating pollution caused due to stubble burning by co-firing Biomass at its power plants. Shri Sahay also emphasised on Hydrogen as the fuel for future and commended the way NTPC is gearing up for its challenges.

On the occasion, Shri Gurdeep Singh, CMD NTPC, said, “We appreciate and acknowledge all those who have contributed to the growth of NTPC since 1975 and congratulate NTPC Family for its success over the years.” He further added “In this financial year, we have added 1784 MW in spite of challenges posed by the pandemic and ensured uninterrupted power supply to the nation. We are planning to achieve the target of 1 lakh MW of capacity by 2025 and are well placed with our diversification plans in distribution and expansion in renewable portfolio.”

The day also marked the announcement of commercial operation second unit of 880 MW unit of the NTPC Lara in Chhattisgarh.

The Raising Day celebration began with the flag hoisting ceremony at the Engineering Office Complex (EOC), Noida. The ceremony was attended by NTPC officials from locations across the country via online platforms, amidst the COVID induced uncertainty.

This event is special for all NTPCians as every employee worked round the clock during the lockdown phase earlier this year to protect the nation from lack of electricity. The fact that electricity is crucial was proved once again during the lockdown as it was needed for the smooth operation of emergency services. This resulted in additional demand from NTPC and it showcased its stellar performance and lived up to the responsibility bestowed upon it by supplying electricity 24×7 despite the lockdown. This crisis witnessed the power engineers emerging as new heroes and saving the day by providing light in every nook and corner of the country.