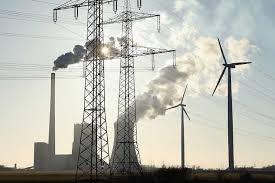 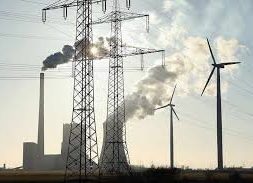 LAUNCESTON, Australia: One of humankind’s most enduring weaknesses is to assume that the way things are presently will somehow persist into the future, and that current trends are inexorable.

This thinking is behind the often repeated view that renewable energy sources such as wind and solar cannot replace thermal electricity generation such as coal and natural gas.

Presently, it is correct that the most significant weakness of these renewables is that they are intermittent, meaning they don’t generate close to their installed capacity and cause instability in electricity grids.

While storage through batteries or pumped hydro is often touted as a solution to the drawbacks of wind and solar, there are other emerging technologies that may well make renewables more effective.

One of those is harnessing artificial intelligence (AI) to improve the efficiency of wind and solar by using machine learning programmes to enhance predictability of generation and grid stability.

India is an example of a major country that stands to benefit from adopting AI as it builds out its renewable energy capacity.

The Indian government has very ambitious targets for renewable energy, aiming to have 175 gigawatts (GW) of installed capacity by 2022 and 500 GW by 2030.

The world’s second-most populous country and third-biggest polluter has about 74 GW of renewable energy currently installed, according to a government report and comments made last month by Anand Kumar, the secretary of the renewable energy ministry.

India’s renewable energy, excluding hydro, currently forms about 21 per cent of its generating capacity, compared to almost 55 per cent for coal and 7.1 per cent for natural gas, the report said.

However, renewable energy’s share of actual generation in India is only about 9 per cent, while thermal power provides about 77 per cent, a sharp illustration that wind and solar aren’t as efficient and reliable as coal and natural gas.

To make such a large-scale build out of renewable energy viable in India over the next decade, the country will have to make its electricity grid more responsive and integrated.

The Center for Strategic and International Studies, a Washington D.C.-based think tank, said in a report published on July 9 that India needs to act on using technology to improve the use of renewable energies.

“A key facet of the challenge is that India’s power distribution companies and load managers at times curtail renewable energy power as a result of scheduling and cost challenges, transmission inefficiencies, and a lack of interstate balancing and power transfers,” the report said.

India’s government does plan to use AI in integrating and improving the efficiency of renewable energy, but the challenge will be the actual implementation.

While coal, and to a lesser extent nuclear, will still provide some baseload electricity generation in India, the plan is really for renewables plus storage to take over the lion’s share of powering the economy, and to do so on a scale unmatched elsewhere in the world.

AI providers such as Google’s DeepMind claim they can improve the efficiency of renewable energy, with DeepMind citing a 20 per cent improvement by using predictive algorithms at wind farms.

Up until now the thermal coal industry has clung to the view that their fuel will be needed far into the future, mainly because it is cheap and reliable and developing countries in Asia have few viable alternatives.

India has already challenged the view that coal is cheaper than renewables, with power auctions in recent years showing solar can outcompete even established coal plants, and dominate newly-built coal generators.

If renewables can meaningfully solve their reliability and intermittency issues, then coal’s raison d’etre may well evaporate.

0
0   0
previous In the matter of: Application for grant of inter-State trading licence in electricity
next Delhi government to convert Rajghat power plant into solar