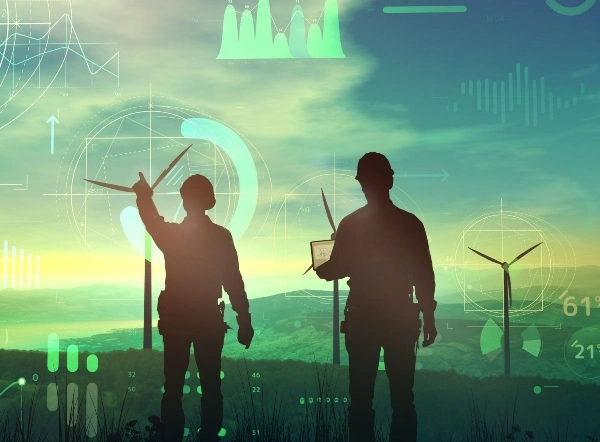 LITTLETON : As Europe’s fastest-growing energy consumer since 2010, and a ratifier of the Paris agreement to cap emissions, Turkey is viewed as a critical energy transition test case seeking to retool its power system while sustaining economic growth.

With a population of 85 million and a major manufacturing base on the doorstep to Europe, Asia and the Middle East, Turkey has been a prominent advocate of reducing fossil fuel emissions while developing renewable energy supplies in recent years.

Between 2018 and 2021, the country managed to increase overall electricity generation by 9% while simultaneously cutting coal generation more than 8%, thanks to an aggressive 21% rise in clean power deployment from wind, solar and hydro installations, data from think tank Ember shows.

The country also ramped up use of natural gas by 18% during that period, which utilities preferred over dirtier coal to generate baseload power.

The combination of deep cuts to coal use, rapid renewable deployment, and high potential for additional solar installations has served to make Turkey something of a blueprint for energy transition planners in developing markets.

But within the past 12 months, much of Turkey’s clean and green energy momentum was reversed, as power producers boosted coal use and emissions to their highest levels since at least 2018.

What’s more, the country provided a critical lifeline to Russia throughout 2022 by boosting imports of Russian coal by 119% from the year before to 11.4 million tonnes, data from Kpler shows.

As Turkey’s overall coal imports grew by only 8.8% in 2022, the surge in Russian purchases came at the expense of other suppliers such as Colombia and Australia. This suggests that Turkish utilities felt compelled to risk international backlash to scoop up discounted Russian coal cargoes during 2022 as global coal prices scaled record highs.

To be sure, Turkish power producers also had to grapple with reduced supplies of Russian gas in 2022, especially during the second half when Turkey’s total gas consumption contracted by more than 25%, Refinitiv data shows.

But the speedy and sustained ramp up in Turkey’s coal use during 2022 reveals a preparedness among power firms, businesses and the government to potentially abandon pledges to cut fossil fuel emissions, and raises questions over the country’s status as a model to be followed by other economies.

Turkey was not alone in burning more coal in 2022.

That meant more coal consumption in several major economies, including Germany and Spain.

But Germany and Spain were also able to deploy large increases in renewable energy supplies in 2022, which in both countries helped push electricity from solar and wind sites to beyond a third of total electricity generation for the year.

Both Germany and Spain – along with several other European nations – also target further steep increases in renewable supplies in the coming years, making it feasible that half or more of their power supplies could come from green sources before the end of the decade.

In contrast, Turkey’s electricity generation from solar and wind averaged 16% in 2022, meaning that an overwhelming majority of power was generated from other sources.

An additional 22% of Turkey’s electricity came from hydro facilities in 2022, which provided valuable dispatchable clean power for utilities.

Yet Turkey’s frequent battles with droughts, along with technical challenges in the development of additional hydro facilities, may constrain hydro power potential in the country going forward.

That suggests further solar and wind power supply growth will be vital if Turkey is to expand its overall clean power footprint in the years ahead while its economy – and energy appetite – continues to grow.

Yet solar and wind supplies come with the headache of intermittency, when power generation totals slump at night and during cloudy or windless days.

For a manufacturing-heavy economy, where sustained and reliable power is critical for production lines, intermittent renewables must be backed up by cheap and dependable baseload power.

Until 2022, Turkey had been on a path to use cleaner-burning natural gas as that main source of baseload supply, with plans to phase out high-polluting coal use over time.

Now, after reverting to heavy coal use last year to keep factories running, energy transition trackers will be checking if Turkey corrects course again to retain its status as a model for energy transition candidates, or stays on its high-emitting trajectory and permanently sheds its hard-won green credentials.