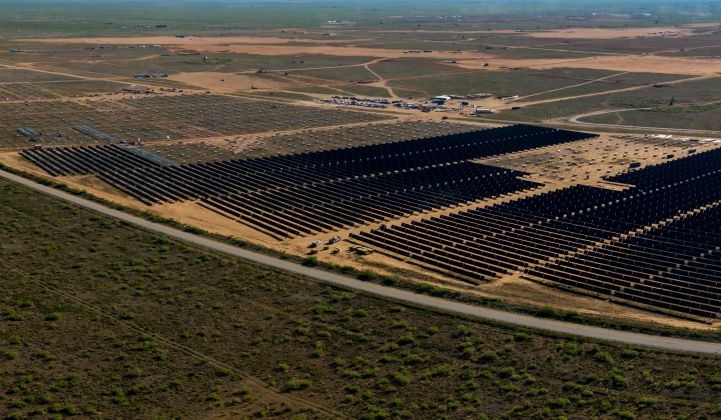 Orsted, the World’s Offshore Wind Giant, Gets Serious About Solar 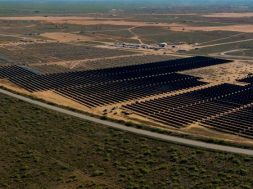 Orsted, the World’s Offshore Wind Giant, Gets Serious About Solar

A company synonymous with offshore wind is building 700 megawatts of U.S. solar plants, signaling the era of the renewable energy “major.”

Ørsted, a developer synonymous with offshore wind, will have a novel experience in 2021: All of the new power plants it completes will be onshore, and most will involve solar panels.

Since building the world’s first offshore wind project 30 years ago off the coast of Denmark, no other company has played a bigger role in transforming that technology into a competitive form of power generation. Yet as Ørsted cements its position in emerging offshore wind markets such as the U.S. and Taiwan, the Danish company is also focusing on a new opportunity: North America’s sunny skies.

As of today, Ørsted has not completed a major solar project anywhere in the world, and it has just a single battery project in the U.K. to its name. Fast-forward a year, however, and things will look very different.

Ørsted is currently building two huge solar arrays in Texas and Alabama, totaling nearly 700 megawatts. Particularly striking is the 460-megawatt Permian Energy Center in West Texas, which will sell its solar power to ExxonMobil and includes a 40-megawatt battery system.

If its 2021 construction schedule holds, Ørsted will catapult into the upper echelon of U.S. PV developers in terms of capacity built in a single year, joining the ranks of heavyweights like First Solar and NextEra Energy. Whether Ørsted can sustain its solar pipeline at anything approaching that level remains to be seen, however.

“Solar is the fastest-growing power generation technology in the world,” Vishal Kapadia, chief financial officer of Ørsted’s onshore business, said in an interview. Going forward, the company’s investments will spread across a “regionally and technologically diverse pipeline.”

Ørsted’s push into solar has already accelerated its role as an energy storage developer, and that is likely to continue. “Given [solar’s] generation shape, it pairs well with storage, and that lends itself to opportunities as well,” Kapadia said.

Is it overstepping to assume that most new onshore renewables projects will eventually include energy storage?

In the near term, yes, Kapadia said. “But over the longer term, I don’t think that’s an unfair statement.”

Ørsted did not have a major presence in the U.S. before 2018, when it suddenly splashed out more than $1 billion to acquire Deepwater Wind, an offshore wind developer, and Lincoln Clean Energy, a builder of onshore wind farms. The former deal gave Ørsted the industry’s largest pipeline of U.S. offshore wind projects; the latter represented its first major push into the global onshore renewables market.

In both cases, it was an important vote of confidence at a transitional time for U.S. renewables. And Ørsted, which is majority-owned by the Danish government, wasn’t done with its acquisition spree yet. Last year it bought solar and storage developer Coronal Energy from Panasonic.

In buying Coronal, Ørsted nodded toward two important market realities. When it comes to renewable energy, customers increasingly want a variety of options. And solar is now the biggest game in town.

Even before the acquisition, Chicago-based Lincoln had already started building more solar projects, mirroring a broader trend seen across the wind sector. That trend is likely to continue as the market for new U.S. onshore wind farms loses steam in the 2020s, said Colin Smith, senior solar analyst at Wood Mackenzie.

After federal subsidies for wind and solar plants have disappeared, “solar in most markets will be the most attractive technology in terms of lowest cost and net revenue generated,” Smith said.

“For developers that have been wind-focused like Lincoln Clean Energy, maintaining the same [onshore wind] market share will result in fewer projects and…capacity additions,” Smith said.

“I’m sure we’ll see a few pure-play wind developers remain,” he said, “but I think far more companies will start describing themselves as ‘technology-agnostic’ and will pitch solar over wind in order to continue generating more business.”

In the U.S., Lincoln was an early mover in the corporate wind market, building wind farms for high-profile customers including Amazon. These days, the company says it’s “seeing increasing customer demand for on-peak power,” according to Kapadia, which is driving “a natural shift toward increasing amounts of solar in our pipeline.”

In West Texas, home to the Amazon Wind Farm built by Lincoln, the winds are strongest at night.

“I don’t want to marry ourselves to any specific percentages, but I will say that there are simply are more opportunities in solar than there have been previously for us,” Kapadia said.

Few companies are pursuing both offshore wind and solar

2021 is a gap year for Ørsted when it comes to completing offshore wind projects, giving solar a chance to shine, but offshore will remain the company’s largest business by far.

In 2022, it will complete the world’s largest offshore wind farm, the 1.3-gigawatt Hornsea 2 project in the North Sea. By 2023, its U.S. offshore pipeline will begin to mature, starting with the South Fork and Skipjack projects in New York and Maryland.

Ørsted’s intense focus on offshore wind makes its push into solar all the more noteworthy, signaling a coming era of renewable energy “majors” capable of building the full range of technologies. When the Permian Energy Center comes online next year, Ørsted will be the first company to own U.S. plants spanning solar, onshore wind, offshore wind and battery storage.

Only a handful of companies, mostly European, are pursuing such a wide array of technologies today, including utilities such as EDF and Iberdrola and oil companies including Shell and Total.

Ørsted’s onshore team, with additional offices in Texas and Virginia, is targeting 5 gigawatts of renewables and storage by 2025, up from 1.2 gigawatts today.

Kapadia is confident that Ørsted can hit that 5-gigawatt target with its own pipeline of projects, but the company will “opportunistically pursue” pipeline acquisitions, as it did with the Muscle Shoals project in Alabama in July.

“We’re certainly starting to see opportunities and expect to see an increasing amount of them over the next six to nine months.”