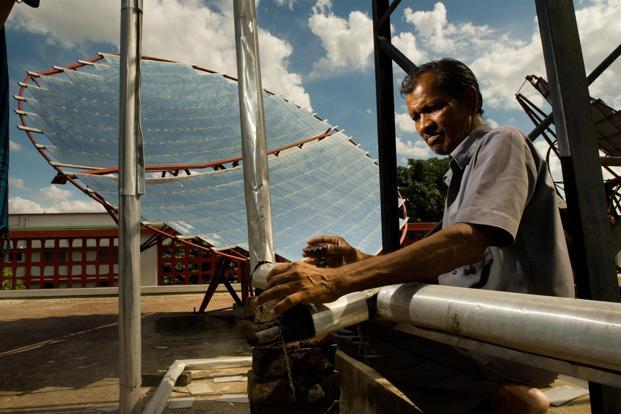 Petronas in talks to buy a majority stake in Amplus Energy 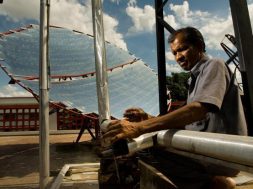 Petronas in talks to buy a majority stake in Amplus Energy

Petronas is in talks with I Squared Capital for picking up the stake in Amplus Energy, in a deal that may have an enterprise value of ₹2,700 crore

Mumbai: Malaysia’s state-owned oil and gas company, Petroliam Nasional Berhad, or Petronas, is in talks with New York-based I Squared Capital to buy a majority stake in Amplus Energy Solutions Pvt. Ltd, one of India’s largest rooftop solar power producers, in a potential deal worth about ₹2,700 crore, said two people aware of the development.

“The talks are on for Petronas to acquire a majority stake in Amplus,” said the first person, requesting anonymity. Another person, who also did not want to be named, confirmed the development.

In the renewable energy business, the biggest expense is the cost of capital. And, the financial heft of global oil majors may help India’s clean energy sector.

“I regret to say that Amplus Energy Solutions does not comment on market speculations,” said an external spokesperson for Amplus in an emailed response to queries.

I Squared Capital, an infrastructure-focused private equity firm, invested $150 million in the company in April 2015. Amplus has grown its portfolio through both greenfield projects and acquisitions. It acquired US solar power developer SunEdison’s rooftop solar power assets in India. While I Squared Capital holds over a 90% stake in Amplus, the balance is held by the management team led by Amplus founder, managing director and chief executive officer Sanjeev Aggarwal.

Petronas did not respond to queries.

While the National Democratic Alliance (NDA) has plans to bid 60GW capacity of solar energy and 20GW capacity of wind energy by March 2020, concerns that have marred the conventional power generation sector have now started emerging in the green energy space, with questions being raised about asset quality.

A case in point is Moody’s Investors Service downgrading the rating outlook of Indian Renewable Energy Development Agency Ltd (Ireda) to negative from stable, on Tuesday. “The rating actions take into account the deterioration in Ireda’s financial performance, due to an increase in problem assets, as well as a significant decline in profitability, driven by certain changes in accounting norms,” Moody’s said in a statement.

Moody’s downgrade is significant as Ireda is the nodal agency for the government’s ambitious clean energy initiatives such as the rooftop solar power programme and generation-based incentive scheme for wind and solar power projects, among others.

Founded in 2012 by former Morgan Stanley executives, I Squared Capital focuses on energy, utilities and transport in North America, Europe and high-growth economies.

In India, I Squared Capital has so far set up two platforms—Cube Highways, a roads and highways platform; and Amplus Energy Solutions, which builds rooftop solar projects. Mint had reported on 4 December about I Squared Capital creating a new renewable assets platform that will acquire and develop utility-scale projects.

tags: Petronas in talks to buy a majority stake in Amplus Energy
94
previous Review petition on behalf of MPPMCL under Section 94 and 149 of the Electricity Act read with Order 47 of the Code of Civil Procedure 1908.
next Saudi's Sovereign Fund to Invest in Giant Clean Power Unit