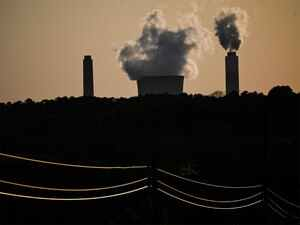 Germany has an opportunity to phase-out coal power plants almost a decade ahead of schedule — but it will require a fleet of natural gas plants to do it, a new study by Wartsila Oyj shows.

Adding as much as 12 gigawatts of gas-fired, combined heat and power plants to a mix of renewable energy sources would help the country replace existing coal facilities by 2030, according to the Finnish company. Germany plans to close all of its coal plants by 2038 at the latest.

The bigger question is whether Germany would go for replacing one fossil fuel with another. Local utilities have said they need the government to guarantee an adequate return on investment for building more gas plants. The country’s newest coal plant, a Uniper SE facility that opened last year, has a net output of about one gigawatt.

Throughout the European Union, climate policy has become a priority, with the bloc seeking to curb its greenhouse gases by 55% by the end of this decade from 1990 levels.

Next month the European Commission, the EU’s regulatory arm, is set to unveil the biggest reform to date to its trading system for carbon emissions, a move that could increase the cost of polluting.

Phasing out coal by 2030 could potentially allow Germany to avoid 1.1 billion euros ($1.3 billion) a year in emission costs, based on current carbon prices, according to Wartsila, which makes power plants for a variety of fuels including gas.

It would also require the country to boost its wind and solar capacity by about 20% beyond what’s planned for the 2038 phase-out.

Accelerating Germany’s coal exit would turn the country into a net exporter of power in the 2030s, Wartsila said in a statement.

Wartsila also completed a modeling scenario for Ukraine, which is also currently dependent on coal-fired generation. Replacing coal with renewable baseload power by 2031 — rather than modernizing existing plants — could save consumers 5 billion euros, the report said.