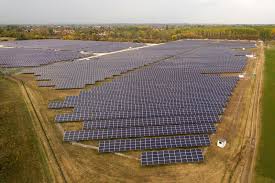 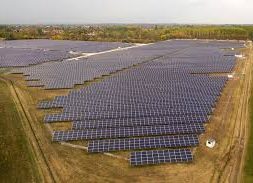 ·        The power plants expand Photon Energy’s installed base in Hungary to 24.1 MWp and its total proprietary portfolio to 49.7 MWp

Amsterdam: Photon Energy N.V. (WSE: PEN, the ‘Group’) announces that its subsidiary Photon Energy Solutions HU Kft has completed and grid-connected seven photovoltaic power plants with a total installed capacity of 4.9 MWp in the municipalities of Fertőd and Kuszentmárton, Hungary. This latest addition expands the Group’s installed base in Hungary to 24.1 MWp and its total proprietary portfolio of PV power plants to 49.7 MWp.

As an extension to Fertőd I, the Group’s first 528 kWp power plant in the Hungarian market commissioned in March 2018, the five add-ons (Fertőd II) cover an area of 6 hectares and are connected to the grid of E.ON Észak-dunántúli Áramhálózati Zrt. While the Fertőd I project had been acquired at the ready-to-build stage, the Fertőd II projects were internally-developed by Photon Energy.

The remaining two PV power plants in Kuszentmárton extend over 1.7 hectares and are connected to the grid of E.ON Tiszántúli Áramhálózati Zrt. The seven PV power plants are expected to generate around 6.0 GWh of electricity per year.

“We are very excited to have commissioned another seven PV power plants in Fertőd and Kuszentmárton   as yet again, it confirms our team’s capability to swiftly and simultaneously implement multiple projects in different locations and to the highest industry standards,” said Georg Hotar, CEO of Photon Energy N.V.

The Group will own and operate the power plants through several wholly-owned project companies that  own seven KÁT licenses entitling each power plant to a feed-in tariff of 32,590 HUF per MWh (approx. EUR 100 per MWh) over a period of 25 years with a maximum approved and supported average production of some 15,600 MWh per license. Total annual revenues of all seven power plants are expected to amount to EUR 600,000.

Following the revaluation of the Group’s proprietary portfolio according to IAS 16, approximately EUR 1.9 million will be recorded as the Group’s Other Comprehensive Income in the 2019Q4 Consolidated Income Statement.

Photon Energy N.V. is a global solar energy solutions and services company covering the entire lifecycle of solar energy systems. Since its foundation in 2008, Photon Energy has built and commissioned over 75 MWp of solar power plants across two continents including 49.7 MWp in our own portfolio. Current project development includes a project pipeline of 884 MWp in Australia (out of which 580 MWp is in partnership with Canadian Solar) and 25.3 MWp in Hungary, with a target of 75 MWp by 2021. The O&M division provides operations and maintenance services for over 250 MWp worldwide. Additionally, its subsidiary Photon Water Technology (PWT), focuses on developing and providing water purification, remediation and treatment systems for worldwide deployment. Photon Energy is headquartered in Amsterdam and has offices across Europe and in Australia. For more information, please visit www.photonenergy.com.