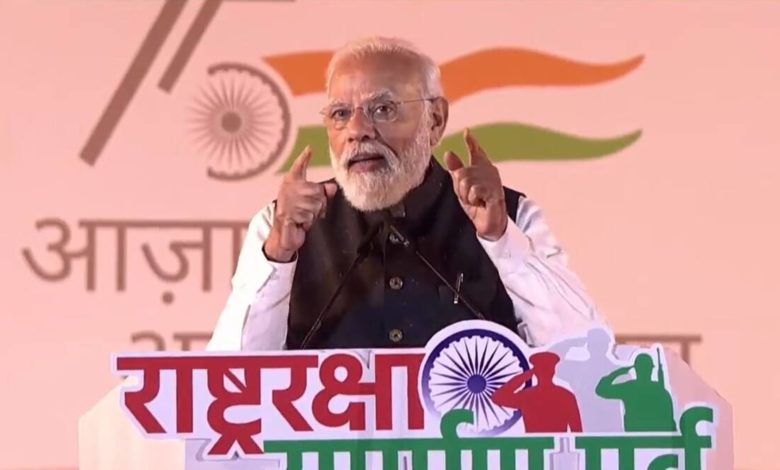 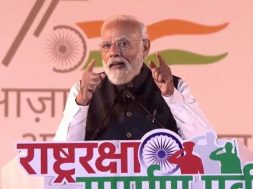 Prime minister Narendra Modi On Friday, he inaugurated or laid the foundation stone of several development projects worth over Rs 3,425 crore to accelerate the development of the economically backward Bundelkhand region of Uttar Pradesh.

He laid the foundation stone of 600 MW Ultra Mega Solar Power Park at an event in Jhansi in the electoral state.

The park is being constructed at a cost of over Rs 3,013 crore and will help in providing affordable electricity and grid stability.

The project is being executed by Bharat Dynamics Limited to set up a plant to produce propulsion systems for anti-tank guided missiles.

Named after former Prime Minister Atal Bihari Vajpayee, the park has been built at a cost of over Rs 12 crore, and is spread over an area of ​​about 40,000 square metres.

The park will have a library as well as a statue of Vajpayee.

The statue has been created by renowned sculptor Ram Sutar, who is the person behind it. Statue of UnityAccording to the Prime Minister’s Office (PMO).

A grand celebration was organized in the courtyard of Jhansi Fort on the birthday of Rani Lakshmi Bai, a symbol of valor and courage and a great national symbol of the nation’s defense and freedom struggle of India.

To take forward the “Atmanirbhar Bharat” program in the defense sector, the Prime Minister formally handed over indigenously designed and developed defense equipment to the three Chiefs of Armed Forces in Jhansi.

At the ceremony, Modi formally presented Light Combat Aircraft (LCH) designed and developed by Hindustan Aeronautics Limited (HAL) to the Air Force Chief, Drones and UAVs made by Indian startups to the Army Chief and DRDO-Designed and Bharat Electronics Limited. Manufacture of advanced electronic warfare suits for naval ships for the Chief of Naval Staff.

Earlier in the day at an event in Mahoba, the Prime Minister inaugurated projects worth over Rs 3,240 crore aimed at ending water scarcity for farmers in the Bundelkhand region.
Assembly elections in Uttar Pradesh are due early next year.