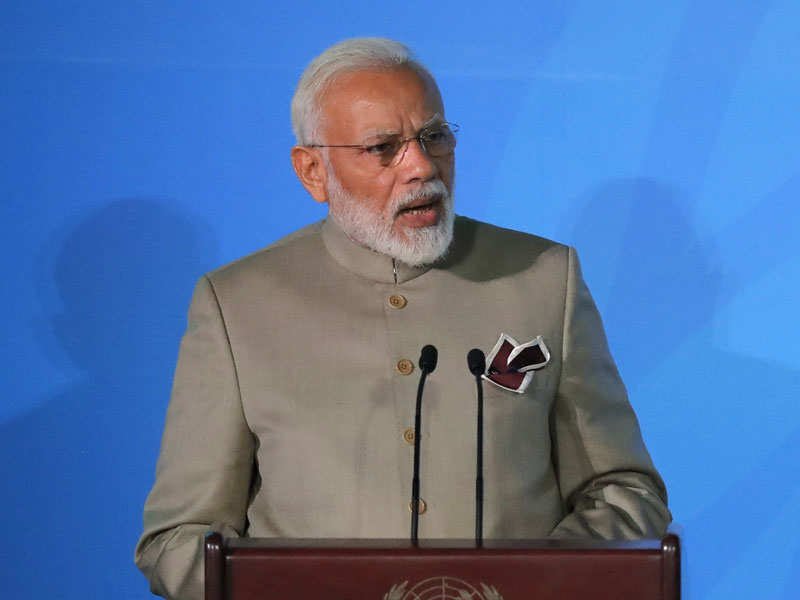 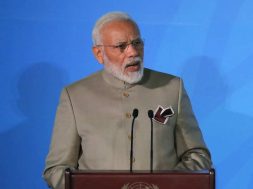 UNITED NATIONS : Prime Minister Narendra Modi on Monday gave a clarion call for a “global people’s movement” to bring about a behavioral change to deal with climate change as he made a path-breaking pledge to more than double India’s non-fossil fuel target to 400 gigawatts.
In his Independence Day speech, Modi had announced that India will produce 175 GW of non-fossil fuel as part of its commitment to the Paris Climate agreement.

PM Modi announced that India would increase the share of non-fossil fuel and by 2022 “we will increase our renewable energy capacity to much beyond 175 GW and take it further to 400 GW.”

Monday’s announcement during Modi’s speech at the global climate summit goes well beyond the pledge of 175 GW. It comes a day after Prime Minister Modi and US President Donald Trump shared the stage at a gala event in Houston on Sunday and displayed a close friendship and a common vision on fighting terrorism.

But the US and India have varying stands on the issue of climate change. Trump withdrew from the Paris deal in 2017 and blamed India and China for his decision, saying the agreement was unfair as it would have made the US pay for nations which benefited the most from the deal.

“We must accept that if we have to overcome a serious challenge like climate change, then what we are doing at the moment is just not enough,” PM Modi told world leaders at the summit organised by UN secretary general Antonio Guterres here.

In his first engagement at the United Nations, PM Modi noted that various efforts are being made by different countries to fight climate change and said what is needed today is a comprehensive approach which covers everything from education to values, and from lifestyle to developmental philosophy.

The Climate Action Summit aims to boost action to implement the Paris Agreement, which was signed in 2015.