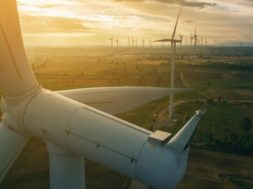 If you’re living in the capital city of Delhi in India, it is the onset of summer, yet the city already feels like a ‘gas chamber’. The coming months are expected tobecome even hotter. The situation is no different in other cities across India which are grappling with air pollution and extreme heat wave conditions.

India dominates the list of the most polluted cities on earth. As per World Bank estimates, air pollution costs India the equivalent of 8.5% of GDP. With increasingindustrialization and urbanisation, the problem will exacerbate even further leading to serious health problems, including respiratory illness, cancer, strokes, heartdisease, premature deaths, infant mortality and reduced life expectancy.

In 2019, climate change and air pollution appeared in the manifesto of India’s two major political parties, the Indian National Congress (INC) and the Bharatiya JanataParty (BJP). It is a positive sign that political parties are giving importance to the environment. It is now time for these promises to convert into action on theground.

The Organisation for Economic Co-operation and Development (OECD) projects India’s economy to grow at 7.25% in financial year (FY) 2018/19 and 7.5% in FY2019/20 buoyed
by rural consumption and subdued inflation. This economic growth will be driven by transformation across various sectors, the key being infrastructure build-out,energy availability and sustainability.

Energy is at the fulcrum of India’s economic development. While India relies heavily on fossil fuels to meets its energy requirement, the trend is shifting towards aclean energy transition. India has set a target to generate 275 gigawatts (GW) from renewable energy sources by 2027. India has made tremendous progress in renewableenergy installation. In the last few years, net capacity addition of renewable energy is in the order of 12-15 GW. On the other hand, net capacity addition of coal-fired capacity has declined to 3-4 GW annually.

There are a number of reforms that need to be prioritised by the incoming Government of India to assist the country achieve its target to support massive renewable
capacity addition.

Amendments to the Electricity Act, 2003

TheElectricity Act,2003was designed to transform thepowersector in India. In September 2018, draft amendments to the Act were put forward for industry andstakeholder review. The amendments incorporated matters such as Direct Benefit Transfers (DBTs), 24×7 power supply obligations, penalties for violations of powerpurchase agreements (PPAs) and penalties for the failure to meet Renewable Purchase Obligations (RPOs).

These amendments are good reforms and fundamental to the electricity sector in the rapidly growing economy of India. The amendments must be revisited in Parliament as soon as possible and formalised accordingly.

Whilst UDAY has not been able to overhaul the situation of loss-making discoms, the policy has been a good step in the right direction. The sequel of the scheme, UDAY II is designed by The Ministry of Power to focus on reducing the losses of state-owned discoms while improving operational efficiencies.

Another important aspect of the next set of discom reforms recommended in the proposed amendments in the Electricity Act, 2003 as well. It entails separation ofcontent and carrier in power distribution. The discoms to own and operate the power distribution infrastructure and allowing more private players to enter theretailing of power. This will allow consumers to have more than one electricity supplier in their area to choose from.

Better planning, improving the financial management of distribution companies (discoms), and addressing the issue of policy uncertainty can assist in building investor confidence, including attracting more investment for greater deployment of renewable energy projects across the country.

Low cost domestic renewable energy capacity is best able to meet the ambitious targets set by the Government of India and will progressively help to address theunsustainable reliance on imported fossil fuels. India has an opportune moment to transform its electricity sector by introducing time-of-day pricing for both producers and consumers.

The current pricing system is a largely flat tariff providing little incentive for network or consumer efficiency through load smoothing. There are measures to further enhance the reliability and matching of demand and supply so that India’s nationally connected grid is better able to integrate the increasing share of low cost renewable energy.

A stronger time-of-day price signal to incentivise generators will help drive the roll-out of flexible power technologies, particularly if long term peaking price contracts can be incorporated to de-risk financing. Time-of-day pricing should be introduced for electricity producers to help manage peak demand and variability for renewable energy while providing a better deal for consumers.

Payment delays to renewable power producers is one of the biggest issues in a sector aiming to grow its renewable capacity exponentially over the coming decade.The Ministry of Power in February 2019 constituted a committee to deliberate a new payment security mechanism for power generation companies.

Solar Energy Corporation of India (SECI) will set up a payment security fund (PSF), a risk mitigation mechanism to ensure regular payments to renewable powerproducers in the situation of payment defaults by discoms owing to lack of funds.

The Government of India should further deliberate on this and other options as an extremely important step towards de-risking the Indian renewable power sector.

Air pollution is another pressing issue that the government needs to address on priority basis. In January 2019, India launched the National Clean Air Programme (NCAP) to combat air pollution. Under the plan, the Government of India wants to achieve 0–30 per cent reduction of PM 2.5 and PM 10 concentration by 2024, with 2017 as thebase year. A study by the Energy Policy Institute at the University of Chicago estimates that an average person in India could live 1.3 years longer if India reduces particulate pollution by 25% under the NCAP goal.

A realistic road map should be developed as part of NCAP, and the success should be measured in effectively ensuring compliance and enablingenforcement. Additional measures must be implemented in tandem with the NCAP including deployment of decentralized renewable energy, and the promotion of schemes like solar irrigation pumps and distributed solar rooftops. Further, more adoption of electric vehicles and rail electrification should be accelerated to reduceair pollution from transport in India.

India has been successful in attracting domestic and international capital at relatively low cost to underwrite the deployment of large capacities of renewable
energy by promoting competition and transparency through the world-leading reverse auction bidding mechanism. The states should not jeopardise the process by putting in place excessively aggressive caps and undermining investor confidence by unplanned policy changes.

India should embrace technological change as an innovation to modernise, expand and diversify its electricity system. Increased reliance on domestic renewables builds energy security, whilst progressively locking in a new, sustainable low cost, deflationary electricity supply. India is progressing but economic development should be done in a sustainable manner and not at the cost of subjecting its population to health hazards and other environmental risks. Transitioning to clean energy can help the country achieve its twin objective of growth in a sustainable manner.

About Vibhuti Garg
Vibhuti Garg is a Senior Energy Specialist with the International Institute for Sustainable Development (IISD) and an Energy Economist with the IEEFA. Prior to joining IISD, she has worked as a manager at ICF International and AF-Mercados Energy Markets India and as a Research Associate at TERI.

A Giant, Poor-Sighted Bird Stands in The Way of India’s Green Energy Goals